ATLANTA (July 6) -- Kilpatrick Townsend & Stockton announced today that attorney Elliott Levitas was honored by the Daily Report with a Lifetime Achievement Award. Mr. Levitas is among a prestigious group of 20 lawyers and judges from across the state of Georgia who were recognized. Nominated by Georgia's legal community, the annual Lifetime Achievement Awards honor attorneys with strong leadership qualities who have left a lasting imprint on the legal community.

A renaissance lawyer known not only as a superb litigator, but also as a counsellor of leading businesses and individuals in many fields, Mr. Levitas’ activities have been international in scope. His practice during the past 50 years includes creating and passing historical legislation, as well as fighting and winning landmark cases. In March 1999, Mr. Levitas joined the plaintiffs’ litigation team in the historic class action of Cobell v. Norton, which sued the federal government on behalf of more than 500,000 Native Americans and their heirs for breach of trust regarding lands and monies held by the U.S. since the 1880s. After more than 17 years of trials and appeals, the Courts decided the Government had been in breach of its Trust, leading to a $3.4 billion settlement which was ratified by legislation, passed by Congress and signed by President Obama – the largest class-action award against the government in United States history.

Prior to joining the Kilpatrick Townsend in 1985, Mr. Levitas was a Representative from DeKalb County in the Georgia General Assembly from 1966 to 1975 and represented Georgia’s 4th Congressional District in the United States House of Representatives from 1975 to 1985.

Mr. Levitas’ contributions to the State of Georgia and our country during his brilliant legislative career are evidenced by his behind the scenes, across the aisle cooperative legislation that was best known and most appreciated by his colleagues who continually voted him one of the ten most effective members in both the U.S. and the Georgia House of Representatives. His colleagues relied on his candid and knowledgeable explanations of legislation to cast their own votes.

Mr. Levitas’ grasp of key issues and leadership resulted in landmark legislation that ranged from protecting privacy and helping our airline industry to thrive to protecting our environment and our historical sites. As a legislator, he was instrumental in creating the Chattahoochee River National Park and MARTA. He was on the Judiciary, Education and Banking Committees and was Chairman of the Committee on State Planning and Community Affairs and of the Joint Committee on Mass Transit.

Mr. Levitas received the Thomas B. Murphy Lifetime Achievement Award from the Democratic Party of Georgia in 2008. He is a 2012 recipient of the prestigious Emory Medal, the highest University honor presented exclusively to alumni by the Emory Alumni Association, “for his commitment to civic service and his unrelenting defense of justice for our nation's underserved populations.” Mr. Levitas was recognized in The Best Lawyers in America® for Government Relations Law in 2016 and the nine years immediately preceding and has been recognized as one of Georgia's "Legal Elite" for Governmental Affairs in Georgia Trend Magazine. 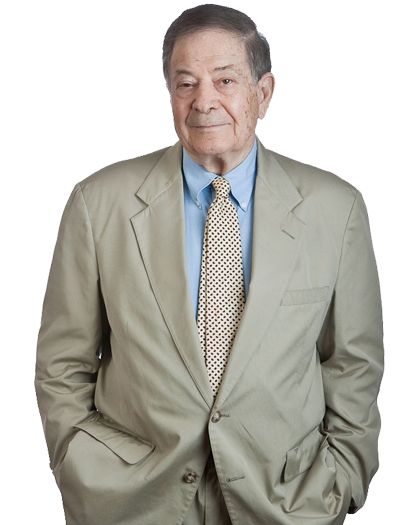