Today, the National Labor Relations Board released a Notice of Proposed Rulemaking, proposing to rescind and replace its 2020 rule concerning the standard for determining whether multiple entities are joint employers under the National Labor Relations Act. The proposed rule would expand the circumstances in which franchisers and businesses using workers hired by third parties can be held jointly liable for violations of federal labor law.

The proposed rule would no longer require proof of “direct and immediate” control over workers, but instead deem entities to be joint employers if they “share or codetermine” essential job terms, such as wages, benefits, discipline, and hiring. Specifically, it states that “Possessing the authority to control is sufficient to establish status as a joint employer, regardless of whether control is exercised.” The proposed rule also removes the “degree of control” the putative joint employer is authorized to exercise from consideration.

The proposal comes approximately seven years after the NLRB’s adoption of a controversial new standard in Browning-Ferris Industries of California, Inc., which upset the Board’s decades-long use of the “direct and immediate control” standard. In Browning-Ferris, the NLRB held that two entities will be joint employers based on “reserved” joint control or indirect control that is “limited and routine.” The Board found that Browning-Ferris reserved joint control over individuals working at one of its facilities through a staffing company, citing the terms of an agreement between the two entities. In 2020, former President Donald Trump’s appointees to the Board issued the 2020 rule, which revamped the “direct and immediate” control standard. The proposed rule seeks to shift the standard once more.

If adopted, the rule would establish more workers as joint employees of two legally separate entities and, among other things, allow them to sue both employers under the NLRA for alleged labor law violations. It will also likely require more employers to recognize and bargain with workers sourced through contracting, temporary staffing, and other business-to-business arrangements. 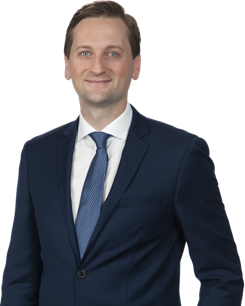