On June 15, 2022, the U.S. Supreme Court issued its opinion in Viking River Cruises, Inc. v. Moriana (Case No. 20-1573.), holding that California Private Attorneys General Act (“PAGA”) claims are subject to arbitration agreements between employers and employees. The opinion will have a significant impact on PAGA claims pursued by employees who have signed a valid agreement to arbitrate all claims on an individual basis. The Viking River Cruises decision overrules California state court decisions holding that PAGA actions were not subject to agreements to arbitrate. Although the full implication of the Court’s reasoning is unclear—in part, because it is unclear how California courts will apply this decision—it appears that employees are (at least for now) unable to pursue PAGA actions on behalf of other employees when a valid arbitration agreement exists that requires the employee to arbitrate claims on an individual basis.

A PAGA action is a representative action in which an employee sues an employer as an agent or proxy of the State—specifically, on behalf of California’s Labor and Workforce Development Agency (“LWDA”). Under PAGA, employees can bring claims against an employer on behalf of themselves and other current or former employees for alleged violations of the California Labor Code. The default penalty set by PAGA is $100 for each aggrieved employee per pay period for the “initial violation” and $200 for each aggrieved employee per pay period for each subsequent violation. As the Court in Viking River Cruises noted, although PAGA penalties may appear modest for any single employee, potential penalties can be significant when PAGA claims are brought on a representative basis. Twenty-five percent of PAGA penalties awarded are paid to the representative class and seventy-five percent are paid to the state. However, PAGA also provides for attorneys’ fees for counsel representing the representative plaintiff. California plaintiffs have increasingly asserted PAGA claims in litigation, both in addition to class claims based on underlying Labor Code violations and as separate actions. However, there remains significant uncertainty regarding many aspects of PAGA as the law continues to develop, and PAGA is often seen as a tool used to “scare” employers, given the uncertainty and potentially significant amount of penalties at issue.

In Viking River Cruises, the plaintiff (Moriana) sued her former employer, Viking River Cruises, Inc., alleging various Labor Code violations on behalf of herself and other employees in a single cause of action under PAGA. Moriana had previously agreed to arbitrate any dispute arising out of her employment in a valid arbitration agreement that contained a “class action waiver,” by which Moriana agreed to waive any right to bring a representative action before the arbitrator. Viking River Cruises moved to compel arbitration of Moriana’s PAGA claims and the trial court denied the motion. On appeal, the California Court of Appeal affirmed the trial court’s decision in an unpublished opinion. The Court of Appeal reasoned that, because PAGA actions are representative actions brought on the state’s behalf, absent a showing that the state also consented to the agreement, an employee’s agreement to arbitrate PAGA claims is unenforceable. The court went on to further reiterate that, under California law, Moriana’s PAGA claims could not be split into arbitrable individual claims and nonarbitrable representative claims.

Although eight of the nine justices agreed that the FAA preempted California’s rule prohibiting the division of PAGA actions into individual and non-individual claims through an agreement to arbitrate, there was a split among the Justices concerning what happens to a representative PAGA claim when the employee initiating the lawsuit has agreed to arbitrate their individual claims. Of note, Justices Barrett, Kavanaugh, and Chief Justice Roberts concurred with the opinion but believed the Court’s discussion concerning standing was unnecessary to reach the result. Justice Sotomayor also filed a separate concurring opinion, in which she agreed that Moriana would lack standing to pursue non-individual claims under her interpretation of California law, but noted that California courts or the legislature can further decide the issue—thus leaving the door open for California courts or the legislature to modify or reaffirm the scope of an employee’s statutory standing under PAGA. These concurring opinions underscore that the full impact of the Court’s decision might remain unclear.

Another layer of uncertainty lies in the Ninth Circuit’s September 2021 decision in Chamber of Commerce v. Banta. In 2019, California enacted AB 51, which prohibited the use of mandatory arbitration agreements as a condition of employment. Before AB 51 took effect, a federal district court issued a preliminary injunction preventing its enforcement. On appeal to the Ninth Circuit, a split panel upheld AB 51’s ban on mandatory arbitration agreements. In response, the California Chamber of Commerce filed a petition for rehearing en banc before the Ninth Circuit. However, in February 2022, the Ninth Circuit deferred the petition for rehearing until after the Court issued its opinion in Viking River Cruises. Now that Viking River Cruises has been decided, the Ninth Circuit may act to provide further guidance as to AB 51’s validity. If AB 51 is struck down, employers may have additional avenues to shield themselves from potential PAGA claims through agreements to arbitrate. Employers can anticipate that any decision by the Ninth Circuit will ultimately be appealed to the Supreme Court.

In light of the Supreme Court’s decision, California employers should consider reviewing their practices concerning employment arbitration agreements with the advice of counsel to confirm that their agreements are compliant with Viking River Cruises. However, employers should also be aware that this may not be the end of the line. California courts or the legislature could still take actions that would undermine the impact and effect of the Viking River Cruises decision, including by amending statutory standing requirements. 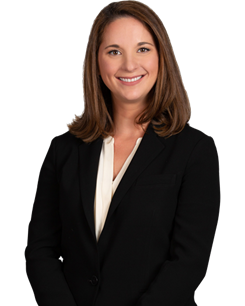 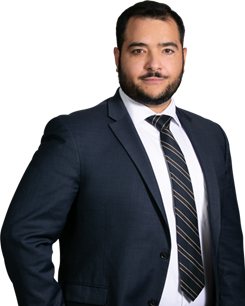