On March 8, 2022, U.S. President Biden signed Executive Order 14066 banning all imports of Russian-origin crude oil; petroleum; petroleum fuels, oils, and products of their distillation; liquified natural gas; coal; and coal products into the United States in further response to Russia’s invasion of Ukraine. The Executive Order also includes a ban on any new investment in Russia’s energy sector by a U.S. person, wherever located. According to data from the U.S. Energy Information Administration, the U.S. imported roughly 3.3% of oil from Russia in 2021. Despite the low amount of Russian energy imports to the U.S., the latest move by the Administration signals its continued effort to reduce the flow of foreign currency into Russia and the U.S. withdrawal from the Russian energy sector.

The ban on Russian energy-related imports includes, among others, crude oil and “petroleum fuels, oils, and products of their distillation.” Though not defined in the Executive Order, the phrase “products of their distillation” likely refers to the various products that can be separated from crude oil through a distillation process—e.g., butane and other liquid petroleum gases. According to guidance issued by the U.S. Department of the Treasury’s Office of Foreign Assets Control (“OFAC”) in the form of FAQs, the import ban applies to “goods produced, manufactured, extracted, or processed in the Russian Federation, excluding any Russian Federation origin good that has been incorporated or substantially transformed into a foreign-made product.”

The ban does not prohibit “imports of non-Russian Federation origin, even if such items transit through or depart from the Russian Federation.” Non-U.S. persons will not be subject to U.S. sanctions for importing into other countries Russian-origin products covered under the Executive Order, as long as those import activities do not involve sanctioned parties or other prohibited transactions. Additionally, the ban does not prohibit U.S. persons from engaging in transactions to wind down contracts to comply with the ban, including to sell or re-direct shipments that were previously destined for the U.S.

The Executive Order includes a broad prohibition on any new investment in Russia’s energy sector by a U.S. person, wherever located. OFAC defines “new investment” as “a transaction that constitutes commitment or contribution of funds or other assets for, or a loan or other extension of credit to, new energy activities (not including maintenance and repair) located or occurring in the Russian Federation on or after March 8, 2022.” “Loan or an extension of credit” is defined by OFAC as constituting “any transfer or extension of funds or credit on the basis of an obligation to repay, or any assumption or guarantee of the obligation of another to repay an extension of funds or credit” and it includes, among others, purchase of debt securities, the issuance of standby letters of credit, and drawdowns on existing lines of credit. OFAC also broadly defined the “energy sector” to include:

The ban also prohibits “any approval, financing, facilitation, or guarantee” provided by U.S. person to a foreign company in connection with a transaction that would otherwise be prohibited if performed by a U.S. person. This prohibition is effective immediately. OFAC has not provided any guidance on what constitutes “approval, financing, facilitation, or guarantee.” However, under prior guidance related to other sanctions programs, OFAC has indicated that “facilitated” should be interpreted broadly to refer to “the provision of assistance for certain efforts, activities, or transactions, including the provision of currency, financial instruments, securities, or any other transmission of value; purchasing; selling; transporting; swapping; brokering; financing; approving; guaranteeing; the provision of other services of any kind; the provision of personnel; or the provision of software, technology, or goods of any kind.” On the same day that President Biden announced that he would be signing the Executive Order, the White House released a “Fact Sheet” on the imports and investments ban, which indicated: “Americans will also be prohibited from financing or enabling foreign companies that are making investment to produce energy in Russia.”

The United Kingdom’s Prime Minister also announced on March 8, 2022, that the UK will phase out Russian oil imports by the end of 2022. In a similar fashion, the European Commission announced that the EU plans to cut its dependency on Russian gas by two-thirds this year and end its reliance on Russian supplies of gas by 2030.

Companies in the U.S. importing energy-related products should note the source of those products and obtain certifications from suppliers that the products are not subject to sanctions. To the extent imports come from sanctioned entities or from banned industry sectors, companies should determine whether they need to winddown transactions with affected suppliers, including re-sell or redirect affected shipments to comply with applicable sanctions, and if a special license from OFAC will be necessary to comply with OFAC’s regulations.

Private equity and other investment firms (in the U.S. or U.S.-based) should assess their portfolio companies and investments to determine whether they are facilitating or enabling investment in industry sectors that are subject to sanctions. Such facilitation activity is prohibited as of March 8, 2022. A winddown of any investment activity conducted prior to March 8, 2022, is likely necessary in order to comply with sanctions. 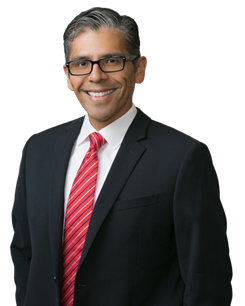 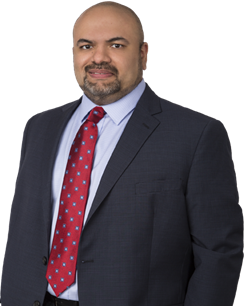 Revisiting Sanctions and Export Control Compliance in the Face of Conflict

How to Promote Compliance and Mitigate Risks from Task Force KleptoCapture During the Evolving U.S. Economic Campaign