Construction disputes risk costing millions of dollars, while creating untimely project delays. With decades of experience defending and prosecuting large, complex matters in all 50 states and globally, our attorneys know how to manage these risks. We represent public and private owners, contractors, equipment suppliers, construction managers, EPC contractors, design professionals, and specialty subcontractors in variety of construction disputes. We have worked extensively on all types of commercial and public projects, including industrial and chemical facilities, power plants, pipelines, airports, water and wastewater facilities, tunnels, transportation and infrastructure projects, hospitals, hotels and convention centers, embassies, education facilities, and environmental remediation. On these projects, we have handled a wide spectrum of claims, including those related to unforeseen conditions, delays, disruption, inefficiencies, loss productivity, acceleration, defaults, and design and construction defects.

Our construction attorneys are “fulltime” construction litigators, each devoting 100 percent of their career to the resolution of issues in the construction industry. We provide litigation strategies that are time-tested, and have resulted in the successful resolution of thousands of cases. Our attorneys quickly identify issues inherent in construction claims and apply their extensive experience to address issues efficiently and cost-effectively. We focus on mastering the controlling facts and bringing together the best team to resolve the disputes in an efficient manner. In addition to dispute resolution, we support our clients in all phases of the construction process, including contract preparation; procurement and administration; claim preparation, management, and evaluation; and risk management and insurance coverage issues.

Represented the Massachusetts Water Resources Authority (MWRA) for 11 years on the $3.5 billion Boston Harbor Project, which involved over 100 separate design and construction contracts, and, during the peak of construction, was the largest public works project in the United States. The project included a 9.5 mile, 26-foot diameter effluent outfall tunnel and a 5 mile, 18-foot diameter inter-island tunnel, both TBM-mined and concrete lined. As a fully integrated member of MWRA’s project management team, we worked directly with the MWRA’s legal and technical staff on a day-to-day basis to help manage the program — from contract drafting and procurement to implementing controls and systems designed to avoid problems and efficiently resolve those problems that could not be avoided, including over $270 million in claims. Counseled MWRA on tunnel-related claims in three extensive DRB proceedings, and participated in structured negotiations with the contractor to resolve claims prior to and after the DRB process. Also represented MWRA in litigation in the Superior Courts and the Appellate Courts of the Commonwealth of Massachusetts.

Represented a European-based EPC contractor in an ICC arbitration concerning disputes on a $2+ billion industrial facility in South America that involved delays and labor disruptions, with claims amounting to more than $300 million. Also settled separate ICC arbitration matters arising out of the same project with the major subcontractors.

Represented large EPC contractor on four new U.S. nuclear construction projects in claims exceeding $1.5 billion USD, currently settling $350+ million USD claims. Handled four lawsuits pending in the U.S. District Courts for the District of Columbia and the Southern District of Georgia — the first nuclear construction in 30 years — with each project worth $9 billion in a seven-year undertaking. Also assisted with nuclear projects of massive in size and complexity in China, Korea and Eastern Europe.

Acted as arbitration counsel for EPC contractor in 50-day international arbitration (Helsinki, Finland) worth approximately 20,000,000 euros with subcontractor arising out of the design and construction of two peat fired electrical power plants located in Ireland. Successfully defeated the petitioner’s entire claim and prevailed on our client’s 7,000,000 euro counterclaim.

Represented the Milwaukee Metropolitan Sewerage District (MMSD) on its $2.2 billion Deep Tunnel and Pollution Abatement Program, which involved the construction of several deep shafts and a cross-town tunnel below the City of Milwaukee. Representation included litigation and subsequent mediation settlement in Wisconsin state court involving contractor claims for delay, inefficiency, defective design, and differing site conditions. Also led a team of industry professionals in the investigation of a $100+ million cost overrun on a tunnel construction contract, which led to claim prosecution — and subsequent mediation settlement and substantial payment — for MMSD in federal court against the tunnel’s program manager and design engineer for damages related to inadequate preparation of the plans and specifications.

Won unprecedented breach of contract verdict before the U.S. Civilian Board of Contract Appeals for joint-venture contractor Kiewit-Turner in the approximately $1 billion VA Denver Replacement Medical Center Facility construction dispute with the Department of Veterans Affairs. The verdict allowed Kiewit to stop work as a matter of law on a federal government construction contract in the midst of construction.

Successfully resolved and avoided trial for the Massachusetts Port Authority against contractor-initiated claims of inefficiencies due to resequencing and delays during the Boston Logan International Airport’s $100 million elevated roadways project through structured negotiations, mediation, and parallel federal court litigation.

Successfully resolved construction dispute in multiday Board of Contract Appeals administered mediation for design-builder regarding outstanding issues with the Bureau of Indian Affairs (BIA), its subcontractor U.S. Army Corps of Engineers, and other key subcontractors that occurred during and after the completion of BIA’s new $40 million school facility in Fort Wingate, New Mexico.

Acted as counsel for large, integrated design-build contractor on a major, ongoing highway improvement project in the State of Texas. Dealt with unanticipated issues, including differing site conditions, undisclosed utilities and overdue third-party design that caused delays, disruptions, and overall inefficiencies that contributed to $75+ million in additional costs and claims. Sought commercial resolution with the project team and stakeholder executives prior to embarking on a more formal disputes resolution process. 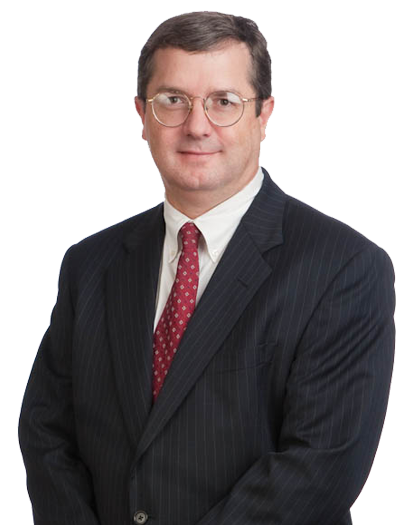