Insights: Publications When to Obtain Opinions of Counsel to Avoid Willful Infringement: Guidance for In-House Counsel

May 13, 2020
Written by Paul C. Haughey and Edward J. Mayle
Recent decisions illustrate situations where courts find “egregious” conduct under the Supreme Court’s Halo standard, and an opinion should be obtained to mitigate the risk of enhanced damages/ willful patent infringement.

Copying article, prior IPR. On April 8, 2020 Judge Gutierrez of the Central District of California tacked on about $390 million in enhanced damages to a jury award of about $780 million.  Juno Therapeutics, Inc. et al. v. Kite Pharma, Inc., Case No. 2:17-cv-07639-PSG-KSx (C.D. Cal.).  The court provided no reasons for enhanced damages, but the Complaint alleged that (1) Kite’s collaborators published an article citing to work published by inventors of the patent, which work described embodiments of the claims; (2) one of Kite’s collaborators allegedly gave a speech in which he acknowledged the “pioneering” work of an inventor of the asserted patent, stating that such work “formed the basis for virtually all of the … work that is now being performed around the world” in the field; (3) Kite’s collaborators copied a specific DNA construct from the asserted patent’s inventors’ publication, and Kite submitted a document to a federal committee showing that the accused product encodes the identical amino acid sequence encoded by a sequence recited in an asserted claim; and (4) about two years prior to the lawsuit, Kite filed an IPR seeking cancellation of the asserted patent’s claims, but the PTAB ultimately upheld the claims.

Copying after failed license offer. On February 13, 2020, Judge Gilstrap of the Eastern District of Texas found that the maximum amount the jury could have awarded was about $101.5 million (not the $400 million the jury awarded), doubled that amount for willful infringement, and conditioned a new trial on damages on a remittitur of about $203 million.  Kaist IP US LLC v. Samsung Electronics Co., Ltd. et al., Civil Action No. 2:16-cv-01314-JRG (E.D. Tex.).  Kaist told the jury at trial that Samsung was offered an opportunity to license the patent, but that Samsung declined and then copied the invention after its engineers were given presentations on the technology by the patent’s inventor.

Failed license negotiation and failure to provide accurate information to opinion counsel. On January 29, 2020, Judge Pallmeyer of the Northern District of Illinois trebled a $2 million patent infringement award.  Sunoco Partnership Marketing & Terminals L.P.. v. U.S. Venture Inc., et al., Civil Action No. 15 C 8178 (N.D. Ill..).  The Court found that Venture “effectively copied” the plaintiff’s automated butane blending system.  Venture learned from an employee of the patent owner that the patent owner had a number of patents, and the employee then presented slides marked “Confidential Information” to Venture .  Venture then researched the patent owner’s patents, and tried to reach an agreement with the patent owner to blend butane for it, but “negotiations between the two parties broke down.”  After two years of unsuccessfully looking for alternative technology, Venture and its co-defendant designed the infringing system “in just two weeks,” and the design was “very similar” to the patented design.  The court found that Venture received a noninfringement opinion letter from counsel, but the letter “does not show that Venture had a good-faith belief that it was not infringing the patents.”  The Court found that Venture withheld information from its opinion counsel, such that the noninfringement letter did not accurately described the accused product: “Venture’s failure to both provide [opinion counsel] with detailed, accurate information or review the letter for accuracy as Venture proceeded in building its systems undermines any legitimate claim for good-faith reliance on the letter.”

Whether true or not, if your company is in a situation where similar allegations can be made, and might be believed by a jury, consider obtaining an opinion of counsel to mitigate the risk of willful infringement. The opinion can be for noninfringement or invalidity.

While an opinion of counsel may not be called for in every case, a gating factor for consideration of an opinion is whether your company has notice of the patent.  Such notice could come, for example, from a notice letter from the patent owner or via licensing discussions (as in Diamondback v. Repeat Precision and Kaist v. Samsung); when the patent owner’s products are marked with patents or the defendant is actually aware of the patent, coupled with evidence or allegations of copying (as in Juno vs. Kite); or when an employee independently discovers a patent and thinks there may be an infringement.  In some cases, willfulness can be found when the defendant “willfully blinded” itself to the risk of infringement. 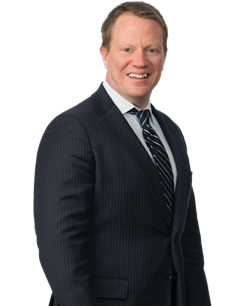 When to Obtain Opinions of Counsel to Avoid Willful Infringement: Guidance for In-House Counsel