In its 2016 Samsung Electronics Co. v. Apple, Inc. ruling,1  the U.S. Supreme Court reinterpreted “article of manufacture” more broadly to encompass both the end product OR its parts, ultimately opening the door to component-based design patent damages. When remanding the case back to the district court, the Court set forth the option to use the Solicitor General’s four-factor test — which examines scope, design prominence, conceptual distinctness, and severability — to help identify the relevant article of manufacture (the whole product or sub-component) from which to calculate the infringer’s profits and determine damages.

In the first verdict after Samsung, a California District Court opted to use the four-factor test when deciding Columbia Sportswear North America, Inc., v. Serius Innovative Accessories, Inc.2 Here, Columbia Sportswear sued Serius for design parent infringement, covering the wavy patterned used for its heat-reflective technology called Omni-Heat® Reflective. Despite the end product being a glove, the jury identified Omni-Heat® Reflective — a single component — as the article of manufacture and awarded damages based on “total profits” at $3,018,174. Serius appealed the verdict to the Federal Circuit, which heard oral arguments on September 5, 2019.

In this article, we will discuss how the appellate verdict in Columbia Sportswear may affect future design patent damages awards, as well as which test to use when determining the article of manufacture?

A verdict affirming Columbia Sportswear would mean a victory for 35 U.S.C. §289, which mandates total profits for all design patent infringements. In this case, the lower court rejected Serius’ attempt to cite Samsung as precedent, and instead decided not to limit or apportion damages. By deeming a single component significant enough to award total profits, the court aligned damages with the economic reality that an infringed design patent component — especially when not available or sold separately to the consumer — can be just as integral and important as the whole product. The ruling also supports the same level of protection for the overall appearance of the article, whether it be a component or the entire product, while also enhancing the future interest in design patent decisions.

If overturned, allowing apportionment may not only reduce damage awards, but also diminish the strength of design patents in general. Currently, §289’s total profit mandate acts as a deterrent to infringement or at the very least, an incentive for a quick settlement. So a verdict for apportioned damages could easily open the flood gates for more IP knockoffs. For instance, if an infringer only has to pay $2 million in damages out of a $13 million profit, then damages would just mean the cost of doing business. Moreover, the design patent infringer would now have more leverage during litigation and settlement negotiations, further weakening the patent owner’s position.

Since the Supreme Court in Samsung left it to the lower courts to determine the article of manufacture and subsequent damages, the appellate decision in Columbia Sportswear will hopefully provide some clarity into the Solicitor General’s four-part test — the test used at trial — as well as its prominence and legitimacy for future design patent cases. Criticized for being too complex, hard to apply, and somewhat vague, perhaps the court, not the jury, should apply the test to identify the article of manufacture. While a practical solution, this could violate the constitutional avoidance doctrine, which prevents the court from deciding constitutional issues. So if the Federal Circuit had concerns that the lower court erred in determining the article of manufacture (or even infringement), its questions as to how and any guidance given on remand might run against constitutional avoidance — a slippery slope to consider.

In addition to assessing whether the relevant article is a multicomponent product, the test also allows for a pseudo-apportion-based damages analysis. Ideally, this analysis would show how the infringement of an integral part of multicomponent product could still result in the award of total profits for the multicomponent product. As the four-part test starts to meet with approval in U.S. trial and district courts, the Federal Circuit’s verdict will hopefully align with the goals of §289 and minimize the chance of under or overvaluing the contribution of the patented design when determining design patent damage awards.

The appellate verdict in Columbia Sportswear has the potential of setting the landscape for future design patent cases. The Federal Circuit not only has the opportunity to determine the strength of damage apportionment when the article of manufacture is a mere component, it also has the opportunity to further clarify, and possibly strengthen, the Solicitor General’s four-part test when defining the article of manufacture. If upheld, the Federal Circuit’s decision could set new standards that modernize design patent law, while also giving design patent owners hope that a total profit award is still achievable. If overturned, the verdict could affect the appeal to obtain or legally defend a design patent moving forward. 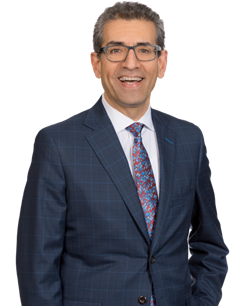