Insights: Alerts New California Laws and Cases that May Impact Your Business

Pay Parity
California’s Fair Pay Act has now been expanded to include race and ethnicity, not just gender, effective January 1, 2017. Therefore, workers in substantially similar jobs must be paid equal wages regardless of gender, race or ethnicity. Also, an employer cannot rely on the employee’s past salary history to justify a difference in salary. The applicable Labor Code section was amended to state that “prior salary, shall not by itself, justify any disparity in compensation.”

Arbitration and Choice of Law Provisions in Employment Agreements
New California Labor Code §925 prohibits employers from requiring California-based employees to enter into agreements which require them to adjudicate claims arising in California in forums outside of California or litigate claims under the laws of another jurisdiction, unless the employee is individually represented by counsel (effectively meaning the forum or choice of law provision is part of a negotiated employment or settlement agreement involving outside counsel for the employee). The unlawful provision, if included, is voidable by the employee and subjects the employer to injunctive relief and reasonable attorneys’ fees if the employee has to enforce these rights in a proceeding.

Epinephrine Auto-Injectors
California law previously required K-12 schools to stock epinephrine auto-injectors for use by school nurses and other trained volunteers in cases of anaphylactic shock. Effective January 1, 2017, businesses and other organizations may also (but are not required to) obtain and stock epinephrine auto-injectors for use by a trained volunteer in case of an emergency involving anaphylaxis. The law provides for civil liability immunity arising from any act or omission connected to the administration of the epinephrine as specified in the law.

Smoking
California also expanded its protection of employees and the public from tobacco and other smoking products. Labor Code §6404.5 now prohibits smoking products in all enclosed spaces of employment regardless of the size of the workplace or the number of employees. An enclosed space includes covered parking lots, lobbies, lounges, waiting areas, elevators, stairwells and restrooms. This new 2017 legislation effectively eliminated most exceptions to California’s existing smoking laws. The new legislation also makes clear that the smoking prohibitions also apply to e-cigarettes and vaping devices that contain nicotine.

Driving
California has now expanded its hands-free driving laws to cover all uses of a smartphone – not just talking or texting while driving, but any operation of a handheld wireless telephone or electronic wireless communications device. The only exception is when the telephone or device is mounted to or affixed on the vehicle’s windshield, dashboard or center console and the driver’s hand is used to activate or deactivate a feature or function of the telephone or device with the motion of a single swipe or tap of the driver’s finger. Fines start out small but increase as offenses pile up.

Ban The Box
California Assembly Bill 1843 expands the existing protection of Labor Code §432.7 by now prohibiting an employer from asking a candidate for employment for any information concerning or relating to an arrest, detention, processing, diversion, supervision, adjudication or court disposition that occurred while the candidate was subject to the process and jurisdiction of juvenile court law. There are some limited exceptions, such as where the employer is allowed or required by separate law to obtain such information, or where the applicant would be required to possess or use a firearm or where the applicant is prohibited by law from holding the position sought.

Los Angeles has enacted a separate and more stringent “Ban The Box” law taking effect later this month (January 22, 2017), which prohibits an employer with 10 or more employees from asking an applicant about his or her criminal history until a conditional offer of employment is made. Los Angele’s “Fair Chance Initiative” then imposes a record-keeping and notice process on the employer before any adverse action can be taken against the prospective employee.

Mortgage Foreclosures
If you are a mortgage lender or servicer doing business in California, you need to know that California has enacted Senate Bill 1150. SB 1150 amends California’s Civil Code to provide foreclosure protection to persons claiming to be the successor in interest to a deceased borrower. Upon notice that a borrower has died, before recording a notice of default, the servicer must provide certain information about the loan and allow time for the successor in interest to submit reasonable documentation establishing status and ownership in the real property.

Prohibition On Required Government Travel to States That Discriminate Based on Sexual Orientation, Gender Identity or Gender Expression
If you are in the travel, conference or hospitality business, you will want to know that California has enacted Government Code §11139.8, which generally prohibits requiring travel by employees, officers or members of any California state agency, department, commission, board or authority to any state which the California Attorney General identifies as having enacted legislation which voids or repeals existing state or local legislation against discrimination, or which enacts legislation authorizing discrimination, against any person on the basis of sexual orientation, gender identity or gender expression. Additionally, the state will not fund or sponsor travel to those states (such as conferences, trade shows, etc.) unless there is a prior contractual obligation. Some limited exceptions exist for law enforcement, revenue collection, litigation and mandatory training. The law currently applies to travel to North Carolina, but as interpreted may also allow Californians on state business to decline to travel to Indiana and 18 other states. Sports teams in the University of California and California State systems are also included. If additional states or local governments within states pass such laws, California government travel to those states will also be impacted.

Privacy
California has enacted Government Code §6215.10 which prohibits persons, businesses and associations from displaying or publishing the home addresses of victims of domestic violence, sexual abuse or stalking and reproductive health care service providers if they are participants in California’s “Safe at Home” registry and make a written demand on the person, business or association not to disclose such information. At a minimum, ignoring a written request could subject a business to a lawsuit brought under California’s Unfair Competition Law for injunctive relief, attorneys’ fees and costs.

Attorney-Client Privilege
On December 29, 2016, the California Supreme Court issued its opinion in Los Angeles County Board of Supervisors v. Superior Court (2016) __Cal.5th ___, ruling that the contents of law firm invoices are privileged only if they either communicate information for the purpose of legal consultation or the contents risk exposing information that was communicated for such purposes. Invoices for active and ongoing matters are privileged as they fall into the latter category. Not everything in a law firm’s invoices are categorically privileged.

On-Call Rest Periods
On December 22, 2016, the California Supreme Court issued its opinion in Augustus v. ABM Security Services Inc. (2016) __ Cal.5th __, and held that California state law prohibits on-duty and on-call rest periods. During required rest breaks, employers must relieve their employees of all duties and relinquish any control over how employees spend their break time. The California Supreme Court upheld the $90 million trial judgment against the defendant in this wage and hour class action.

Class Actions
In an opinion issued earlier this week by the U.S. Court of Appeals for the Ninth Circuit from a case arising out of the Central District of California (Los Angeles), in Briseno v. ConAgra Foods, Inc. (Jan. 3, 2017), the Ninth Circuit joined with the Sixth, Seventh and Eighth Circuits to hold that Federal Rule of Civil Procedure 23 does not require class action plaintiffs to demonstrate an “administratively feasible” way to identify class members as a prerequisite to class certification. Arguably, this decision may make class certification somewhat easier for class plaintiffs and invalidates an objection defendants frequently raise to class certification. This opinion splits from the Third Circuit and from cases within the Second and Fourth Circuits. 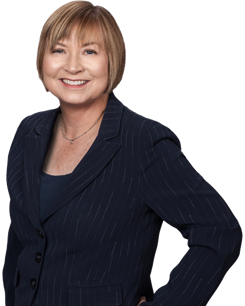