With tort litigation on the rise, manufactures need seasoned legal counsel to help them gain critical leverage when facing litigation, government investigations, or regulatory actions that can adversely affect their reputation, profitability, innovation, and jobs. Nationally recognized, Kilpatrick Townsend defends manufacturers in all types of product liability and toxic tort cases in and before state and federal courts and administrative agencies throughout the United States. Our attorneys combine our extensive litigation experience with our technical and scientific know-how when challenging claims of property damage, personal injury, and wrongful death, as well as allegations of consumer fraud and related commercial claims. In addition to managing complex litigation — including class actions, mass tort litigation, MDLs, and other coordinated proceedings — we also help manufacturers develop a consistent, cost-effective approach to risk management and litigation that minimizes and avoids upfront liability without compromising strategic business objectives. To ensure clients make the best decisions, we provide regulatory compliance counseling and government agency interfacing, and regularly collaborate with our environmental, patent, and life science litigation colleagues when addressing industry- and sector-specific issues involving:

Obtained a summary judgment in product liability litigation against client Sunrise Medical arising out of negligence, breaches of warranty, fraud, unfair and deceptive trade practices, and product liability allegations in a suit pending in federal court in the Western District of North Carolina.

Won dismissal of all claims in a product liability action against a design and manufacturer leader of portable, mechanical ventilators for home health care arising out of the death of a minor child involved in an automobile accident that left him paralyzed and dependent on a ventilator.

Represented Volvo in a federal court action in North Carolina and international arbitration before the ICC against French and German companies in multimillion dollar action involving contract, warranty, negligence, negligent misrepresentation, unfair and deceptive trade practices, and declaratory relief alleging past and continued damages arising out of the major recalls related to windshield wiper blade motors manufactured by defendants.

Sustained a lower court’s summary judgment dismissal of indemnification against Ford Motor Co., after plaintiff, a ride-sharing company, was sued by a passenger when the Ford passenger van, in which he was riding, rolled over. Case currently on appeal to the Dallas Court of Appeals.

Established a significant and favorable precedent under Texas law regarding summary judgment standards and evidentiary prerequisites for prosecuting mass tort claims in the course of defending a tire manufacturer against product liability claims by 205 plaintiffs alleging harm from exposure to rubber.

Won summary judgment dismissal of all claims against an aircraft engine seller in a wrongful death airplane crash lawsuit, in which the plaintiffs claimed that the crash resulted from defects in the aircraft engine.

Represented Volvo Penta of the Americas in a nationwide putative class action brought in the U.S. District Court for the District of South Carolina, asserting claims for product liability/breach of warranty, quantum meruit/unjust enrichment, and conversion arising out of allegedly defective marine propulsion products. After more than 16 months of district court litigation, plaintiffs abandoned the class allegations against Volvo Penta.

Served as regional coordinating counsel for pharmacies and retailers in pharmaceutical litigation (e.g., phen/fen, Rezulin) and for various manufacturers in mass tort litigation.

Successfully defended a fireplace manufacturer and other manufacturing companies in fire cases, including investigation of cause and origin of fires and defense of related property damage claims.

Companies Should Engage With EPA on PVC Hazard Designation 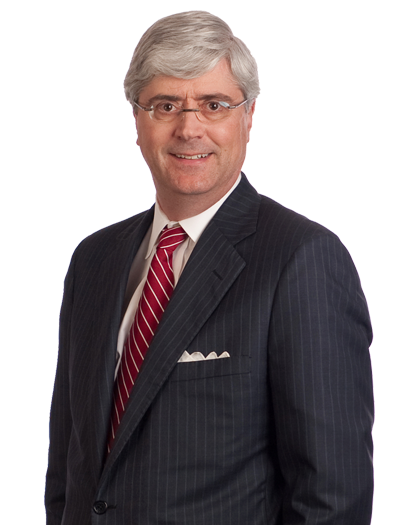