For over a century, Kilpatrick Townsend attorneys have partnered with innovator life sciences companies to protect their most valuable IP.  With dozens of cases under our belts, our litigators are at home handling patent disputes both in federal courts, before administrative tribunals, and in mediation or arbitration. Clients trust us with matters concerning small-molecule drug products, biologic drug inventions including vaccines and immunoglobulins, genetically modified agricultural organisms and other biotechnology inventions, a vast array of medical devices, various discovery research tools, and much more.  Because our team has litigated every type of issue that can arise in these cases, we can provide actionable and practical advice and early strategic counseling on litigation readiness as well as guide clients through every stage of litigation, from pre-suit preparations through trial and appeal.

Kilpatrick Townsend’s Life Sciences Patent Disputes Team consists of award-winning seasoned trial lawyers, life sciences-focused attorneys with decades of experience, and over 60 practitioners with advanced technical degrees. With this deep bench, we can scale and tailor each team to the needs and technology of a particular matter, and handle the largest and most complex disputes.  In addition to our experience and technical prowess, clients value our commitment to efficiency, our “one team” philosophy of including clients in all strategic decisions, and our case strategy design around client business objectives.

patent litigation cases in the past 5 years, including nearly 170 before the PTAB

Representing a pharmaceutical company in Hatch-Waxman litigations concerning a drug for treatment of a GI disorder.

Counseling a pharmaceutical company in preparation for Hatch-Waxman litigations and in related regulatory proceedings concerning a drug for an epilepsy disorder.

Represented a leading agricultural company patent owner in an IPR proceeding on a patent concerning an herbicide.

*Represented a manufacturer of biologics in infringement litigation on a patent concerning vaccines, vaccine components, and techniques for making vaccines.

*Represented a major pharmaceutical company in an at-risk preliminary injunction hearing. The case settled after a week-long hearing without launch of the product.

*Represented a nutraceutical company in a trademark and unfair trade practice litigation over the company's name and business.

The Sound of Silence: Take Two

Video | Current Perspectives Around the Convergence of Life Sciences and IT 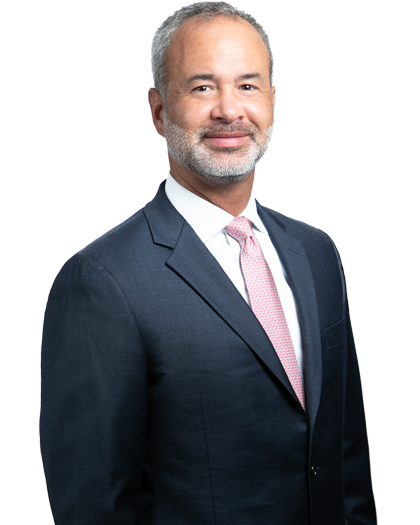