Insights: Alerts The Office Meets The Wire: When A False Claims Act Plaintiff Is Recording Conversations For The FBI

A recent federal court decision is a stark reminder about federal law enforcement’s use of aggressive and covert investigative tactics in False Claims Act matters. Companies that receive revenue from federal health care programs in particular should consider the possibility that they and their employees will be subject to covert surveillance, including the recording of conversations. Companies should also understand that the retention of counsel for a government False Claims Act investigation will most likely not eliminate the possibility of recordings.

All in all, during a period of almost four years from February 2013 to January 2017, the relator successfully recorded 44 conversations, 13 of which captured conversations with Precision Lens’ founder or other Precision Lens personnel after the relator filed his complaint. The government ultimately elected to join the civil case in August 2017.

Precision Lens had retained counsel in February 2013, after learning of the government’s investigation. That counsel had notified federal law enforcement that he represented Precision Lens and that it should coordinate any additional communications with Precision Lens and its employees through him. As noted above, the covert recordings by the relator continued for almost four years after Precision Lens’ counsel made this request.

In the course of the civil case, Precision Lens learned of the recordings. It then filed a motion to dismiss the complaint. The primary basis of the motion was the assertion that the government’s attorneys had violated Rule 4.2 of the Minnesota Rules of Professional Conduct by having the relator record conversations of Precision Lens employees despite knowing Precision Lens had retained counsel. Rule 4.2 of the MRCP provides:

In representing a client, a lawyer shall not communicate about the subject of the representation with a person the lawyer knows to be represented by another lawyer in the matter, unless the lawyer has the consent of the other lawyer or is authorized to do so by law or a court order.

The Fesenmaier court denied the motion to dismiss, holding that the relator’s covert recordings were “authorized . . . by law,” because the government had a duty to investigate qui tam False Claims Act complaints. The court concluded that the “pre-indictment and pre-intervention investigative activities conducted by the United States . . . were authorized by law and, therefore, did not violate MRPC Rule 4.2.”

North Carolina companies and others should take three important points to heart from this ruling:

Do not assume that during a False Claims Act investigation the government is relying solely on a company’s cooperation to gather evidence. During a government False Claims Act investigation, even one where a company is aware of the investigation, is voluntarily providing information, and has retained counsel, the company needs to recognize the potential for long-term, covert recordings of company employees. North Carolina’s Rules of Professional Conduct in this area are identical to those in Fesenmaier, and a North Carolina federal court is likely to reject an attempt to bar the government’s use of covert recordings made during its investigation. See United States v. Joseph Binder Schweizer Emblem Co., 167 F. Supp. 2d 862, 866 (E.D.N.C. 2001) (“[N]o rule of professional conduct precludes pre-indictment contacts between the government and a represented party in a non-custodial setting . . . .”).

During a government investigation, recognize the possibility that a private third party has motives in conflict with yours. In Fesenmeier, the undercover recordings were made by an executive who had worked not for Precision Lens but for one of Precision Lens’ corporate partners. According to the opinion, he made recordings of conversations before and after filing a sealed qui tam civil complaint against Precision Lens and others; the success of that False Claims Act complaint could reward him with a significant portion of a monetary recovery from Precision Lens. There was therefore a financial incentive to develop recordings implicating Precision Lens in misconduct. 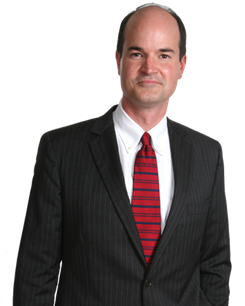 The Office Meets The Wire: When A False Claims Act Plaintiff Is Recording Conversations For The FBI