From inventors and trade groups to legal scholars and judges, many have expressed frustrations with the current state of patent eligibility in the United States. In particular, the lack of clarity in assessing patent eligibility and the scope of subject matter deemed patent ineligible, in light of the Supreme Court’s now-infamous Alice, Mayo, and Myriad decisions, have led many to call for change. Hearing this outcry, Congress has begun the process of re-routing the course set by the Supreme Court through new legislation. In May 2019, a group of senators, led by Sen. Thom Tillis (R-NC) and Sen. Chris Coons (D-Del.), released a draft bill with proposals to amend 35 U.S.C. § 101, which defines patent-eligible subject matter. While the so-called Tillis-Coons Bill does provide specific statutory language and legislative provisions, its introduction was simply meant to open up the question of patent eligibility for legislative discussion. The draft bill was simultaneously released in the House of Representatives, but the discussion concerning provisions in the proposed legislation has primarily taken place in the Senate.

The Senate Subcommittee on Intellectual Property conducted three days of hearings on “The State of Patent Eligibility in America” to discuss the draft bill in June. The Subcommittee heard from 45 witnesses, including Hon. Paul Michel (former Chief Judge of the Federal Circuit), Q. Todd Dickinson (former PTO Director), David Kappos (former PTO Director), and various legal scholars and business leaders, including representatives from the life sciences, pharmaceutical, and technology industries as well as academia. Among the witnesses, proponents of change described the lack of clarity as a point of embarrassment of the U.S. patent system. Proponents also pointed to the economic implications of patent ineligibility and concerns regarding the lack of clarity of patent eligibility for U.S. companies and foreign investors, particularly in a global economy where foreign nations define broader patent eligibility standards. Some proponents even connected inadequate patent protection to national security concerns. Opponents, on the other hand, have pointed to a perceived uptick in patent quality in light of the Supreme Court’s patent eligibility decisions. Opponents also expressed concerns with the possible implications of abrogating Supreme Court jurisprudence, including an increase in frivolous litigation and whether human genes would be considered patent eligible.

In light of these hearings, Sens. Tillis and Coons have drawn one clear conclusion: patent eligibility in the United States desperately needs to be fixed, and Congress needs to step in to do so. The Senators seem to have been particularly convinced by arguments regarding the economic impact of the lack of clarity and the international competitiveness of U.S. innovation. The Senators have stated, and the original draft bill expressly provided, that a goal of the reform is to abrogate the Supreme Court’s Alice decision and its progeny. Specifically, the Senators want to do away with the traditional judicial exceptions to patent eligibility (“law of nature,” “natural phenomenon,” and “abstract idea”) and the analytical framework that blends determinations of patent eligibility with the patentability requirements of novelty and non-obviousness. The Senators also dismissed concerns that revisions to the language of patentable subject matter would quell innovation, e.g., scientific research per se and human genes, asserting that the other patentability requirements can ensure that overbroad patents will not be granted. Relatedly, the Senators indicated that they are open to other limitations on patentability. To that end, the Senators are also considering limitations on the availability of functional claim language and exempting research and experimentation from infringement liability.

Kilpatrick Townsend has been tracking the legislative developments with the Tillis-Coons Bill this year. The Senators’ goal is to present a formal bill in early to mid-September. The Senators are eager to receive as much stakeholder input as possible and will likely continue considering new input through August. When the bill is formally presented, there will be another round of stakeholder input and then the Senate Judiciary Committee will look to take up and mark-up the bill. We anticipate the mark-up will be in late September or October. As noted above, the Senate and the House of Representatives are both working on the bill with the goal of passing the final Senate bill in both chambers after the Senate mark-up. In light of this bi-cameral cooperation, it is very possible that this legislation could move quickly if and when an agreement is reached on the bill language.

-The draft legislative text of May 2019 was meant to begin the conversation more than to lay out the framework for the ultimate reform, and Senators Tills and Coons have already conceded that there will be changes. The initial proposals in the draft bill will likely be substantially revised. Thus do not overly rely on the initial proposals.

-The Senate is still welcoming input from private interests through August.

-Kilpatrick Townsend is continuing to track the discussion of patent eligibility reform in Congress and is available to facilitate comments to the representatives. 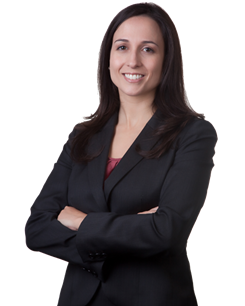 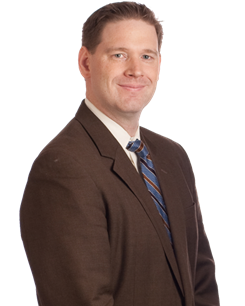