On August 23, 2019, the U.S. Court of Appeals for the Fifth Circuit issued an opinion resolving “an issue that has brewed for several years in this circuit” regarding the intersection of Texas free speech protections and federal civil procedure. The three judge panel unanimously held that Texas’ anti-SLAPP (Strategic Litigation Against Public Participation) statutes conflict with the Federal Rules of Civil Procedure and do not apply in federal diversity actions. The decision in Klocke v. Watson adds to a growing circuit split that now pits the Fifth, Tenth, and D.C. Circuits against the First, Second, and Ninth Circuits, which have found that anti-SLAPP statutes are applicable in federal court.

Anti-SLAPP statutes are designed to prevent the abuse of lawsuits that have the purpose or effect of chilling the exercise of First Amendment rights. These lawsuits are often brought to intimidate and silence opponents by burying them in legal fees. Anti-SLAPP statutes are in place in over 30 states and the District of Columbia but are nonexistent at the federal level. Texas has codified one of the broadest anti-SLAPP statutes in the nation, the Texas Citizens Participation Act, or TCPA. This act establishes a speedy process for dismissing litigation that may infringe on First Amendment rights if the movant can show by preponderance of the evidence that the action is based on the exercise of protected rights. The case may survive dismissal if the non-movant establishes by clear and specific evidence that there is prima facie evidence for each element of the claim in question. The TCPA provides several procedural benefits to movants, including the suspension of discovery, attorney fees to the prevailing movant, and sanctions against the non-movant.

In 2016, a student at the University of Texas at Arlington, Thomas Klocke, tragically committed suicide after Nicholas Watson accused him of homophobic harassment and Klocke was refused graduation. Klocke’s family then sued the school for violation of Title XI and Watson for defamation. Watson responded by filing a motion to dismiss the action under the TCPA. The trial court granted the motion to dismiss and awarded Watson attorneys’ fees, expenses, and sanctions against the plaintiff.

On appeal, the Fifth Circuit analyzed the plaintiff’s argument that the TCPA’s burden-shifting framework and heightened evidentiary standards for pretrial dismissal conflict with Federal Rules of Civil Procedure 12 and 56. Federal Rule 12(b)(6) requires dismissal of a case if, accepting all well pleaded factual allegations as true, the complaint does not state a plausible claim for relief. Federal Rule 56 requires summary judgment if the movant shows that there is no genuine dispute as to any material fact and the movant is entitled to judgment as a matter of law. The court held that the TCPA impermissibly imposes additional procedural requirements for dismissal that demand judicial weighing of evidence not found in the Federal Rules. Because the TCPA “imposes higher and more complex preliminary burdens [and deadlines] on the motion to dismiss process,” the TCPA cannot apply in diversity cases in federal court.

This decision resolves a long-unanswered question regarding the Texas anti-SLAPP statute in the Fifth Circuit and establishes a clear difference between the tools available to Texas SLAPP defendants versus those in federal court. It may have wide reaching effects on cases involving anti-SLAPP issues by driving defamation plaintiffs to federal court when circumstances permit and causing defamation defendants to seek remand to state court when possible. Yet while Klocke has provided much needed clarity in the Fifth Circuit, these changes may be short-lived should the Supreme Court decide to resolve the growing circuit split over anti-SLAPP applicability. Further, the Texas legislature reformed the TCPA this past session changing some of the statute’s language concerning potential weighing of the evidence, which the Fifth Circuit relied on in its ruling, so it is unclear whether these legislative changes would have an impact on the court’s analysis, which only considered the earlier version of the statute. 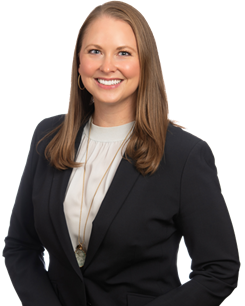 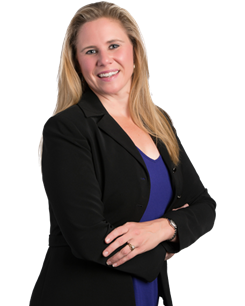