Insights: Alert Immoral and Scandalous Trademarks: If They Can Be Registered, What Does It Mean For Other Prohibitions on Registration?

On January 4, 2019, the U.S. Supreme Court granted a petition for certiorari filed by the U.S. Patent and Trademark office in Iancu v. Brunetti. The USPTO seeks to overturn the Federal Circuit’s ruling that the prohibition on the registration of “scandalous” or “immoral” marks contained in Section 2(a) of the Lanham Act, 15 U.S.C. § 1052(a), is an unconstitutional violation of the First Amendment. The mark in question is “FUCT,” and yes, it’s pronounced as you think. The USPTO rejected an application to register that mark for various articles of clothing, but, contrary to the government’s argument, the Federal Circuit held the USPTO could not refuse registration simply because the mark is immoral or scandalous. To do so, the Federal Circuit held, would be unconstitutional viewpoint discrimination subject to strict scrutiny; moreover, even if the prohibition fell within the less constitutionally disfavored category of content discrimination, it could not withstand even intermediate scrutiny.

Unless the conduct in question is government speech, which is generally immune from First Amendment scrutiny, the government cannot discriminate against, or regulate speech on the basis of viewpoint. Nevertheless, the government can discriminate based on content in a limited set of circumstances. This distinction comes from a 1980 case, Central Hudson Gas & Electric Corp. v. Public Service Comm’n of New York, 447 U.S. 557 (1980). There, the Supreme Court held that the government possibly can justify restrictions on non-misleading commercial speech concerning lawful activity if: 1) the government interest is substantial; 2) the regulation directly advances that government interest; and 3) the regulation is no more extensive than necessary.

Though the opinion of the Court itself in Tam did not address the potential applicability of the Central Hudson test to Section 2(a)’s potential disparagement clause, one of the two four-Justice opinions, authored by Justice Alito, did. Specifically, that opinion would have held that even if that test applied, the disparagement clause would not pass muster. Under that opinion’s analysis, the potential disparagement clause furthered no substantial interest and was not narrowly tailored (notwithstanding the Patent and Trademark Office’s ability or inability to apply the clause evenhandedly). And yet, that four-justice opinion left conspicuously open “the question whether Central Hudson provides the appropriate test for deciding free speech challenges to provisions of the Lanham Act.” Id. at 1764 n.17.

While different provisions of the Lanham Act may appropriately be classified as targeting a mark’s source-identifying information—for example, § 2(e)’s bar on registering marks that are “merely descriptive” or “geographically descriptive”—the immoral or scandalous provision targets a mark’s expressive message, which is separate and distinct from the commercial purpose of a mark as a source identifier.

So, where do we go from here? Is the government totally … you can guess the word play. The answer depends on how far the Supreme Court goes in its Brunetti opinion. The Court in Tam could have held that the Lanham Act’s prohibition on the registrability of potentially disparaging marks was a constitutionally valid content-based discrimination, but it chose to go further. If the Court holds the immoral and scandalous clause too to be viewpoint discrimination, the question becomes whether Section 2(a)’s other grounds for unregistrability, especially if they do not relate to a mark’s source-identifying function, similarly constitute unconstitutional viewpoint discrimination.

On the other hand, the Supreme Court could hold that Central Hudson applies, and then find the immoral and scandalous clause to be a form of content discrimination, rather than viewpoint discrimination. While Justice Alito’s four-justice opinion would have found no substantial government interest in denying registration of potentially disparaging marks, perhaps the full Court will feel differently about scandalous and immoral marks—especially in light of the mark at hand.

Similarly, even if the Supreme Court announces the Central Hudson test applies to prohibitions against registration, and even if it holds that the remaining portions of Section 2 of the Lanham Act should broadly be considered content discrimination, such a holding should not mean that the remaining prohibitions in Section 2 are suddenly at risk of being found unconstitutional. More likely, courts grappling with this issue will find that many of Section 2’s prohibitions, such as those applying to deceptive, deceptively misdescriptive, and primarily geographically deceptively misdescriptive marks, as well as marks likely to cause confusion, serve to discourage deceptive or misleading commercial speech, which is generally outside the scope of First Amendment protection. Moreover, even if heightened scrutiny did apply to the remaining prohibitions of Section 2, they likely constitute content-based regulations that can survive intermediate scrutiny under Central Hudson: there are surely compelling reasons for denying registration to generic terms or functional matter, to name a couple.

Any extension the Supreme Court makes of its viewpoint-discrimination holding in Tam, however, may have cascading consequences. For example, it could become difficult to defend Section 43(c) of the Lanham Act, which protects famous marks against dilution by blurring or tarnishment. A dilution by tarnishment cause of action is arguably viewpoint-based, because, in deciding whether a mark tarnishes another mark, a court must necessarily consider the type of goods sold under both marks (use of a mark on drug or sex-related products is much more likely to be tarnishing than use of a mark on arts and craft supplies). Even dilution by blurring is arguably a viewpoint-based cause of action, because blurring may depend on whether a defendant’s use refers to the plaintiff’s mark and strengthens that original association (discrimination based on the way an audience reacts to content). And, if blurring is not viewpoint-based discrimination, but is simply content-based discrimination under Central Hudson, it still may not pass muster, because there is arguably no substantial government interest in providing expanded protection to famous trademarks over others.

The Supreme Court has an opportunity in Brunetti to provide clarity, lacking in the Tam opinions, especially as to Central Hudson’s applicability to the trademark registration process and whether other Section 2 prohibitions on trademark registration are viewpoint discriminatory. With a mark at issue that seems tailor-made to force the Supreme Court to grapple with the consequence of Tam, Brunetti could alter trademark law in ways that remain to be seen. 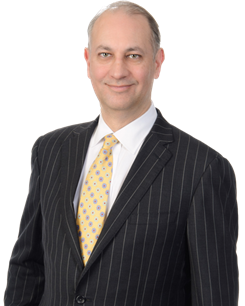 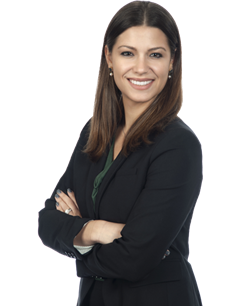 Immoral and Scandalous Trademarks: If They Can Be Registered, What Does It Mean For Other Prohibitions on Registration?