In SAS Institute Inc. v. Iancu, Director, United States Patent and Trademark Office.  138 S.Ct. 1348 (2018) (“SAS”) the Supreme Court held that an inter partes review (“IPR”) must rule on each claim and each ground challenged by the petitioners.  In an opinion written by Justice Gorsuch, the Court explained that the language of the inter partes statute as passed by Congress was clear, in that there was no “partial institution” power enjoyed by the Director.

A recent appeal to the  Court of Appeals for the Federal Circuit (CAFC) addressed how the PTAB has been handling IPRs post-SAS.  Where certain grounds weren’t instituted, the PTAB provided notice and allowed additional discovery and argument, then considered the grounds originally not instituted.

The CAFC decided a challenge by the patent owner over the authority of the PTAB in invalidating previously rejected grounds in a revised Final Written Decision in AC Technologies S.A. v. Amazon.com, Inc., Blizzard Entertainment, Inc.1   Amazon.com filed a petition for an inter partes review for U.S. Patent No. 7,904,680 (“’680 patent”).  The petition identified three grounds for rejection.  The PTAB instituted review for Grounds 1 and 2 and denied Ground 3 as being redundant because the “computer unit” of Ground 1 was broad enough to cover the “host” as described in Ground 3.  The PTAB issued a Final Written Decision on Mar. 6, 2017 invalidating all claims of the ’680 patent except claims 2, 4, and 6 which were challenged in Ground 3.  Amazon moved for reconsideration for the decision concerning Ground 3.  With the Board’s permission, both parties submitted additional arguments, expert declarations, and supporting exhibits for Ground 3.  In a Rehearing Decision, the PTAB found all claims unpatentable.  AC appealed to the CAFC.

In its appeal to the CAFC, AC argued that the PTAB erred procedurally in invalidating claims 2, 4, and 6 based on the ground that it did not institute on Ground 3 in its institution decision.  AC argued that the PTAB exceeded its statutory authority and fell short of the requirements of due process.  In its January 9, 2019 decision, the CAFC held that if the PTAB institutes an IPR, it must issue a final written decision addressing all claims challenged by the petitioner.  Further, if the PTAB institutes an IPR it must address all grounds for unpatentability raised by the petitioner.  Post-SAS cases have held that it is appropriate to remand to the PTAB to consider non-instituted claims as well as non-instituted grounds.

Therefore, the CAFC held that the PTAB did not exceed its statutory authority when it reconsidered its final written decision, but would have violated the statutory scheme had it not done so.  As the Board permitted AC to take discovery after accepting Amazon’s rehearing request, no due process violation occurred.  The CAFC also affirmed the PTAB’s findings of invalidity on all grounds.  This decision is consistent with other recent CAFC decision remanding decisions of the PTAB for consideration of non-instituted grounds.2 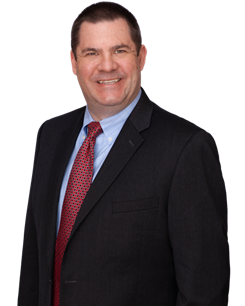