On June 28, the Securities and Exchange Commission (SEC) adopted amendments to the definition of “smaller reporting company” (SRC) to increase the number of companies eligible to comply with certain scaled disclosure requirements under the federal securities laws. The amendments will reduce compliance costs for companies covered under the broader SRC definition that elect to provide the scaled disclosure permitted to SRCs.

In addition, the amendments change the definitions of “accelerated filer” and “large accelerated filer” so that newly SRC-eligible companies continue to be subject to accelerating filing requirements. Moving forward, companies contemplating SRC status should take care in determining how the new rules pertaining to SRCs would interact and potentially affect their disclosure requirements.

The following chart compares prior and current threshold requirements under the SRC definition:

SRC scaled disclosure can apply, depending on the circumstances, to a company’s annual and quarterly reports, proxy statements, and registration statements. In certain cases, scaled disclosure would permit, among other things, providing two (rather than three) years of audited financial statements, allowance to discuss two (rather than three) fiscal years in the Management’s Discussion and Analysis of Financial Condition and Results of Operations, and significantly reduced narrative and tabular disclosure for executive compensation. Furthermore, SRC scaled disclosure may be used in whole or in part at the SRC’s election. A SRC can therefore choose to comply with the scaled disclosure in one or more instances that it is permitted or, alternatively, choose to comply with the broader disclosure requirements that apply to registrants that do not qualify for SRC status.

For the first fiscal year ending after the rules are effective, a company would qualify for SRC status if it meets one of the initial qualification thresholds in the amended definition as of the date it is required to measure its public float or revenues, even if the company would not have been eligible for SRC status under the pre-amendment definition. 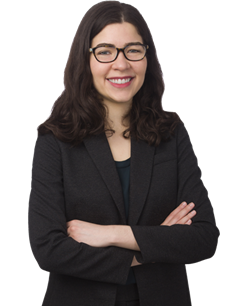