The first focus-point for the ITC’s new rules is specifying how the Commission or an ALJ may expand a single new complaint or pending proceeding into multiple investigations within 30 days when “necessary to allow efficient adjudication.” Such flexibility will allow the ITC to break larger complaints with extensive parties, patents, or claims into more than one investigation to ensure sufficient resources are allocated, and that each investigation fits within the ITC’s expedited Section 337 timeline. While the 2015 proposals provided criteria limiting the circumstances under which an ALJ could split an investigation, those limitations were removed in the final amendments, thus maximizing the ALJ’s and Commission’s discretion on the issue.

Finally, in a reversal of course over the 2015 proposals, the adopted Commission Rules provide the ALJ may not designate issues for inclusion in a 100-day proceeding following institution of the investigation, and, accordingly, the parties may not file requests seeking such designation by the ALJ.

Beyond these two focus-points, the new rules guide Commission notices of investigation, clarify timing for subpoena responses, govern how and when an ALJ may regulate electronic service to protect confidential business information, and make other rule modifications directed to administrative efficiency. In sum, the Commission’s new rules move the ITC forward in ensuring expedited investigations of unfair imports. 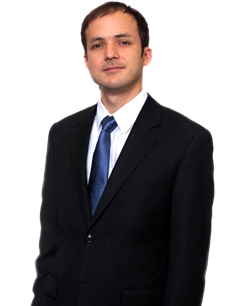