Insights: Alert Google's Use of Oracle's APIs Not Fair Use Under U.S. Copyright Law

April 30, 2018
Written by Joseph Petersen and Jenny Goak
On March 27, 2018, the Federal Circuit handed down its long awaited decision on whether Google’s use of 37 Java application programming interface packages (“APIs”) in Google’s Android mobile operating system was protected under U.S. copyright law’s fair use doctrine. Google had argued, successfully at trial and again on appeal to the Federal Circuit, that it had used a small percentage of Java in order to create an open-source mobile operating system for smartphones and that it did so to allow programmers to write applications for Android in the Java programming language, which was free and open for all to use.

In a decision with broad implications for the software development community (and, in fact, for every company that offers software applications or platforms incorporating third party programming interfaces), the Federal Circuit concluded that Google’s use of the Java APIs was not protected by the fair use doctrine. Oracle Am., Inc. v. Google LLC, 2017-1118, 2018 WL 1473875 (Fed. Cir. Mar. 27, 2018).

This decision follows an eight year dispute between the parties over Google’s use of Oracle’s Java APIs.

In 1995, Sun Microsystems, Inc. (“Sun”) released the Java platform. Oracle purchased Sun in 2010. The Java platform is freely available to programmers, but Oracle charges a licensing fee to those who want to use the APIs in a competing platform or embed them in an electronic device. An API is essentially a software intermediary that allows two different software programs to communicate with one another.

In 2005, Google and Sun discussed the possibility of Google licensing the Java platform for mobile devices. However, the parties never reached an agreement and, in 2007, Google announced its Android software platform for mobile devices which included certain Java APIs. In 2010, Oracle sued Google for copyright and patent infringement in the Northern District of California.

In 2012, at the first jury trial, the jury rejected Oracle’s patent infringement claims, but found that Google infringed Oracle’s copyrights. It then deadlocked on Google’s fair use defense. Thereafter, the district court found that the API packages were not copyrightable as a matter of law and entered judgment in favor of Google. Oracle Am., Inc. v. Google Inc., 872 F. Supp. 2d 974 (N.D. Cal. 2012). Oracle appealed and the Federal Circuit reversed that decision, finding that the API packages were entitled to copyright protection. The court then remanded to the district court with instructions to reinstate the jury’s infringement verdict and retry Google’s fair use defense. Oracle Am., Inc. v. Google Inc., 750 F.3d 1339, 1381 (Fed. Cir. 2014). Google filed for certiorari on the determination of copyrightability, which the Supreme Court denied in 2015. Google Inc. v. Oracle Am., Inc., 135 S. Ct. 2887 (2015) (Mem.).

In 2016, at the second jury trial, the jury found that Google’s use was protected as fair use under section 107 of the Copyright Act. Oracle Am., Inc. v. Google Inc., No. 3:10-cv-3561 (N.D. Cal. June 8, 2016). Oracle appealed. On March 27, 2018, the Federal Circuit issued its long-awaited decision, overturning the district court’s conclusion that Google’s use of the Java API packages were fair and remanded for a trial on damages.

Federal Circuit’s Fair Use Analysis / Role of the Jury

The Federal Circuit analyzed section 107’s four non-exclusive factors to determine whether Google’s use was fair: 1) the purpose and character of the use; 2) the nature of the copyright work; 3) the amount and substantiality of the portion used in relation to the whole; and 4) the effect of the use on the potential market. Since fair use has long been held to be an affirmative defense, Google had the burden to prove that the factors weighed in its favor.

The court also discussed the role of the jury in a fair use analysis, stating that while inferences from the four-factor analysis and the ultimate question of fair use are legal, the disputed historical facts are questions for the jury. Thus, other than implied findings of historical fact, all jury findings related to fair use were viewed as advisory only.

• Purpose and Character of the Use: The court concluded that the use was highly commercial and not transformative, meaning that the use did not alter the underlying work with new expression, meaning or message, because the API packages serve the same function in both works. Accordingly, the court concluded that the first factor favored Oracle.
• Nature of the Copyrighted Work: The court found that the functional aspects of the code were substantial and that as a result, this factor favored fair use. However, the court noted that this factor held less significance.
• Amount and Substantiality of the Portion Used: The court concluded that no reasonable jury could conclude that what was copied was qualitatively insignificant since the material that was copied was important to the Android platform. Accordingly, the court found this factor neutral at best and arguably weighing against fair use.
• Effect on the Potential Market: The court found that the evidence of actual and potential harm from Google’s copying was overwhelming and that the district court erred as a matter of law in concluding otherwise. The court noted that Android competed directly with Java in the market for mobile devices, rejecting Google’s arguments to the contrary. Further, the court emphasized the potential for market harm even if Android did not directly compete with Java on mobile devices.

The court balanced all the factors and concluded that Google’s use was not fair as a matter of law.

What This Case Means for Software Going Forward

This decision could impact companies who distribute apps and software developers. Those who use third party APIs should evaluate such use in the context of the Federal Circuit’s holding. Software developers should assume third party APIs are copyrighted and proprietary to the third party. Therefore, developers should secure proper licensing rights or other rights of use before using, copying, modifying, or distributing any third party APIs. Such rights may come in the form of an open source software license, a commercially negotiated license agreement, a covenant not to sue, or some other mechanism. To the extent no such rights of use are available, developers should consult legal counsel for a closer look at whether the APIs in question are truly copyrightable and whether fair use may apply in cases where the facts and circumstances differ from those at issue in the Oracle v. Google decision. 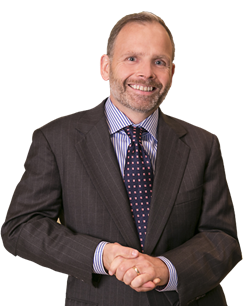 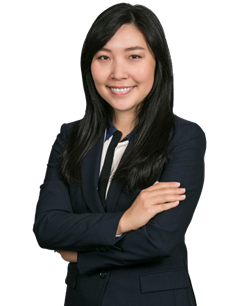 Google's Use of Oracle's APIs Not Fair Use Under U.S. Copyright Law