The USPTO is implementing the long-awaited1 Access to Relevant Prior Art Initiative (“RPA Initiative”) with a first phase that begins on November 1, 20182. The RPA Initiative will allow the USPTO to leverage its electronic resources to automatically provide examiners with access to relevant information, such as references cited, from a parent application for consideration in a continuing application. As such, it appears that the RPA Initiative will significantly reduce applicants’ burden related to preparing and filing Information Disclosure Statements (IDS) in continuing patent applications.

Phase one of the RPA Initiative changes the way the USPTO handles relevant information from a parent (or “priority”) application in a child (or “continuing”) application and simplifies applicants’ responsibilities related to this information, as described below.

3. The applicant no longer needs to submit an IDS listing the references cited in the parent application to have those citations appear on the face of the patent.

The first phase of the RPA Initiative will begin on November 1, 2018 for applications that meet the following criteria.

An applicant cannot request inclusion in the RPA Initiative. The USPTO will determine whether an application meets the above criteria after preexamination processing is complete, which means that a filing receipt has been issued, there are no outstanding pre-examination notices, like a Notice to File Missing Parts, and the application has been classified and assigned to an art unit.

If an application is granted inclusion in the RPA Initiative, the USPTO will (1) import relevant information from the parent application into the continuing application, and (2) send the applicant a Notice of Imported Citations, which lists the citations that have been imported. No reply to the Notice is required, but applicants are encouraged to check the Notice carefully to determine which references were imported.

Once the examiner considers the imported citations, the applicant will receive a Notice of Consideration.

The USPTO plans to consider data and stakeholder comments related to the first phase of the RPA Initiative before expanding the program. The public can provide comments on an ongoing basis by providing written suggestions and comments to PriorArtAccess@uspto.gov or via the IdeaScale.

In subsequent phases, the USPTO is considering growing the RPA Initiative as follows.

1 More than two years ago on August 29, 2016, the USPTO first requested public input on how the Office could provide examiners with relevant information from related applications by the same applicant at the earliest stage of examination. Request for Comments and Notice of Roundtable Event on Leveraging Electronic Resources to Retrieve Information from Applicant’s Other Applications and Streamline Patent Issuance, 81 FR 59197 (August 29, 2016).  The USPTO held a Roundtable on the topic on September 28, 2016 and received twenty-six comments from stakeholders the next month.
2 The USPTO announced the RPA Initiative in a Federal Register Notice published October 25, 2018. 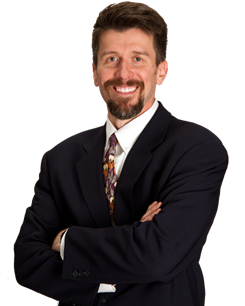