Anyone who practices bankruptcy or intellectual property law and follows the intersection of the two knows Congress responded to the Fourth Circuit’s ruling in Lubrizol by enacting 11 U.S.C. § 365(n) (“Section 365(n)”). Section 365(n), together with the definition of “intellectual property” in 11 U.S.C. § 101(35A) (“Section 101(35A)”), provides that a non-debtor licensee can elect to continue using patents, copyrights, and trade secrets despite a debtor’s rejection of same in a bankruptcy proceeding. Importantly, however, Section 365(n) omitted any reference to trademarks, in part, because (i) trademarks are omitted from the definition of intellectual property in Section 101(35A); and (ii) Congress wanted to more extensively study the topic. The result has been divergent case law on the topic with cases like In re Old Carco LLC, holding that trademark licensees are afforded no rights under Section 365(n) versus the holding in In re Crumbs Bake Shop, which followed an equity-based approach premised on the idea that Congress intended the courts to exercise their equitable powers to decide, on a case-by-case basis, whether the trademark licensee may retain rights under Section 365(n).

The latest case law development on this topic is from Mission Product Holdings, Inc. v. Tempnology, LLC. In Mission Product Holdings, where the First Circuit held that the rejection of a trademark license left the licensee with only a prepetition damages claim in lieu of any obligation by the debtor to perform under the trademark license or related exclusive distribution rights.

The debtor and licensor, Tempnology, LLC (the “Debtor”) entered into a trademark licensing agreement with Mission Product Holdings, Inc. (“Mission”), the licensee, granting Mission a “non-exclusive, non-transferable, limited license” (the “Trademark License”) “to use [Tempnology’s] trademark and logo . . .” During the Debtor’s bankruptcy proceedings, the Debtor sought to reject the Trademark License pursuant to Section 365(a).

As an initial matter, the First Circuit noted the exclusion of trademarks from the intellectual property definition of Section 101(35A) citing to a Senate Report explaining that Congress postponed action on trademark licenses “to allow the development of equitable treatment of this situation in bankruptcy courts.” A reasonable conclusion, therefore, may be that trademark licenses are not protected by Section 365(n) from rejection.

Delving further, the First Circuit addressed the rationale for the treatment of trademarks stemming from the Seventh Circuit’s Sunbeam decision. In Sunbeam, Judge Easterbrook recognized that while Section 365(n) did not cover trademarks, it also did not address what happens to trademarks in a rejection of the license agreement. The Sunbeam Court analyzed the trademark licensee’s rights in the context of non-bankruptcy law since by classifying rejection as a breach of contract, what the Bankruptcy Code does is establish that the other parties rights remain intact in a breach whether in bankruptcy or outside of it. Outside of bankruptcy, a breach would not abrogate the trademark licensee’s rights to utilize the mark, but would convert the debtor licensor’s unfulfilled obligations into a damage claim. So too, Judge Easterbrook reasoned in bankruptcy. Rejection results in a pre-petition claim for damages and does not vaporize the rights of the non-debtor licensee.

The First Circuit declined to subscribe to Sunbeam’s rationale that rejection of a trademark license is a breach that gives rise to a damage claim, not a vaporization of the rights of the non-debtor licensee. Instead, the First Circuit opined that the option to reject an executory contract is provided to the debtor to free the debtor from burdensome obligations that may impede a successful reorganization. Turning to trademark licenses specifically, the First Circuit noted that licensors are required to “monitor and exercise control over the quality of the goods sold to the public under cover of the trademark.” Should a licensor fail to provide such quality assurance, the licensor may be deemed to have abandoned its interests in the trademarks.

Under Sunbeam’s approach, the First Circuit reasoned, the licensee is permitted to retain the use of the licensor’s trademarks in a manner that forces the licensor “to choose between performing executory obligations arising from the continuance of the license or risking the permanent loss of its trademarks, thereby diminishing their value to the licensor, whether realized directly or through an asset sale.” How can the debtor/licensor ever fully reject the trademark license, as rejection is contemplated under the Bankruptcy Code, if the licensor would still be required to monitor and provide quality assurance over the trademarks, therefore, failing to be free of its executory obligations?

The First Circuit further disagreed with the case-specific, equitable approach (such as in Crumbs Bake Shop) endorsed by the dissent. An equitable approach may lead to the preclusion of rejection in cases where the debtor’s quality assurance burdens would be insignificant. However, this approach ignores the practical realities that, in the bankruptcy context, the licensee and licensor are generally at odds with each other, creating a much higher burden than may appear after review of the underlying agreement. The First Circuit further noted that the uncertainty and costs associated with such an approach, preferring, instead, the certainty of its own “categorical approach of leaving trademark licenses unprotected from court-approved rejection, unless and until Congress should decide otherwise.”

The First Circuit’s bright-line rule certainly solidifies the circuit split and places trademark licensees in jurisdictions without relevant decisions or in the First and Fourth Circuits in a more tenuous position when their licensor files for bankruptcy. The decision also calls into question the ability of the judiciary to continue the trend of addressing what Congress has failed to address – the lack of coverage for trademarks in the definition of intellectual property in the Bankruptcy Code.

Certainly, when the Bankruptcy Appellate Panel for the First Circuit reversed the bankruptcy court and followed the reasoning in the Seventh Circuit’s Sunbeam decision, which permitted the licensee of a trademark to continue to have rights after rejection of the underlying license agreement, it appeared that the trend of protecting trademark licensees in the rejection context would be continuing to evolve.

Unfortunately, the First Circuit reversed the Bankruptcy Appellate Panel furthering the split in the circuits and recasting the pall of uncertainty experienced by trademark licensees when the licensor files for bankruptcy and decides to reject a license agreement especially an agreement which may cover patents, copyrights, and trademarks. 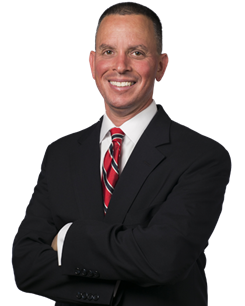 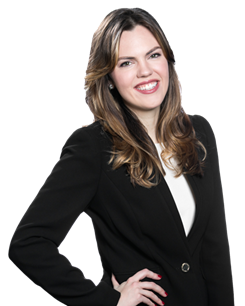