August 15, 2017
Written by Jonathan E. Harris
The U.S. International Trade Commission has declined to rescind remedial orders blocking importation of products found to infringe two patents that were recently found invalid by the Patent Trial and Appeal Board of the U.S. Patent and Trademark Office.

The patents, asserted by Cisco Systems, Inc. in an ITC complaint filed in 2015 against networking devices and software offered by Arista Networks, Inc., were challenged by Arista in Inter Partes Review proceedings instituted by the PTAB during the pendency of the ITC investigation. The Commission nonetheless found that Arista’s products infringed the challenged patents and, on May 4, 2017, issued a limited exclusion order barring their importation and sale in the U.S. Three weeks later on May 25 and June 1, the PTAB issued final written decisions in the IPR proceedings that the asserted patents are invalid. Arista immediately sought relief from the Commission’s exclusion order on the grounds that the PTAB decisions invalidating the patents constituted a “changed circumstance” under 19 C.F.R. § 1337(k) and 19 C.F.R. § 210.76.

The Commission denied Arista’s request for relief from the exclusion order. In holding that the PTAB decisions did not constitute a changed circumstance under § 1337(k), the Commission noted that the legal status of the patents would not change until the USPTO issued a certificate cancelling the claims following the exhaustion of appeals to the U.S. Court of Appeals for the Federal Circuit, then perhaps to the U.S. Supreme Court. The Commission’s decision therefore keeps Arista’s products out of the U.S. market for at least a year while Cisco appeals. Arista thus lamented, as reported by Law360 on August 7, 2017, that it was “deeply disappointed” in the decision, describing it as an “unfortunate departure from precedent and from the core premise of the AIA” legislation that established PTAB proceedings in 2012.

Indeed, the decision deepens the Commission’s precedent against delaying its patent investigations for PTAB validity proceedings. By 2016, a quarter of patents asserted in the ITC were subject to such PTAB challenges, yet no investigation to date has been stayed pending a PTAB validity determination. In Certain Laser-Driven Light Sources (337-TA-983) for example, stay was denied in March 2016 where an IPR ruling was expected after the investigation’s evidentiary hearing, but before its target date.

The closest the Commission has yet come to delaying for a PTAB determination was in Certain Three-Dimensional Cinema Systems (337-TA-939). There the Commission stayed remedial orders, but only as to the single PTAB-invalidated patent; remedial exclusion of products from the U.S. proceeded as to the other two asserted patents.

This most recent Commission decision thus highlights the ITC’s independence in handling patent infringement matters, and stands in stark contrast to litigation in federal district courts, where infringement actions are commonly stayed pending patent office validity proceedings and determination. Unlike the years of delay patent owners often face in district court litigations where IPR proceedings are instituted against their asserted patents, the ITC has demonstrated yet again that it will provide prompt and powerful relief against infringing activity despite challenges to patents at the USPTO, further contributing to the ITC’s popularity as a venue for enforcing patent rights in today’s global economy. 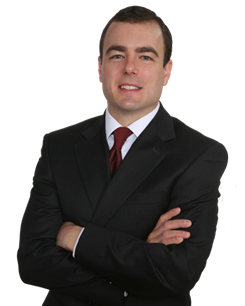