August 28, 2017
Written by John C. Alemanni and Wab Kadaba
In a recent decision, Judges Wallach and Dyk filed a concurring opinion to express their concerns regarding joinder and expanded panels at the Board. Nidec Motor Corp. v. Zhongshan Broad Ocean Motor Co. Ltd., Case No. 2016-2321 (Fed. Cir. Aug. 22, 2017). In the underlying proceeding, Broad Ocean filed a first IPR challenging claims directed to a motor controller for an HVAC system. Slip op. at 3. The Board instituted trial but denied one of the grounds. Id. While IPR petitions are generally subject to a one-year time bar, the bar does not apply to a request for joinder. 35 U.S.C. § 315(b), (c). Broad filed a second IPR, this time after the one-year bar date, again asserting the previously-denied ground, and requested joinder with the first proceeding. Id. at 4. The panel found the second petition to be time barred, interpreting the joinder provision as not permitting a party to join issues to a proceeding to which it is already a party. Id. Broad Ocean requested a rehearing, which was granted before an expanded panel. Id. The expanded panel set aside the non-institution decision, finding that s. 315(c) "encompasses both party and issue joinder..., including new grounds of unpatentability." Id. at 4-5. This decision was somewhat surprising as the PTAB has historically been fairly stringent in application of the statutory bar.

The Federal Circuit affirmed the Board's determination that under the first ground, the challenged patent was obvious, and thus, the court did not need to address the procedural challenges to the Board's decision. Id. at 6. Judges Dyk and Wallach joined the decision. Id. at 13-14. However, they noted in their concurrence that they “have serious questions as to the Board’s (and the Director’s) interpretation of the relevant statutes and current practices.” Id at 14. They first noted that the exception to the time bar was designed to allow party joinder when such joinder “would not introduce any new patentability issues” and allowing petitioners to circumvent the time bar by adding new issues was contrary to Congressional intent. Id. at 15. They also expressed concern with the Board’s practice of expanding panels in response to a panel’s decision with which the PTO is dissatisfied. Id. at 16. The decision suggests that petitioners should exercise caution when pursuing additional issues of patentability in joinder that are not already a part of the instituted trial. 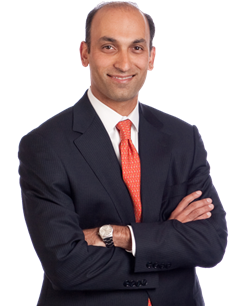