The Federal Circuit vacated a Patent Trial and Appeal Board’s obviousness decision for failing to adequately articulate its reasoning. The Stepan Company filed an application for herbicidal formulations containing glyphosate salt with a surfactant system, which provides better adherence to leaves and enhances penetration. This invention is based on a combination of surfactants that achieves a high cloud point (above 70°C) to allow for quicker formulation of glyphosate concentrates.

The Examiner cited one reference, Pallas, which taught glyphosate compositions containing surfactants having a cloud point of at least 50ºC. The Examiner found “it is routine optimization to select and adjust the surfactants to this range since Pallas teaches the surfactant component comprises any combination of surfactants.” The Board affirmed the Examiner’s decision and the Stepan Company appealed to the Federal Circuit.

In addition to the lack of factual finding, the Federal Circuit found that the Board failed to provide explanation regarding a reasonable expectation of success to arrive at the claimed features. Citing Pfizer, Inc. v. Apotex Inc. (Fed. Cir. 2007) and Medichem, S.A. v. Rolabo (Fed. Cir. 2006), the Federal Circuit again emphasized that to “have a reasonable expectation of success, one must be motivated to do more than merely to vary all parameters or try each of numerous possible choices until one possibly arrived at a successful result.” The Board failed to do this.

In vacating the Board’s decision that the claims would have been obvious, the Federal Circuit also found that the Board erroneously rejected relevant evidence of nonobviousness, and improperly shifted the burden of proving patentability to the applicant, Stepan Company. Consistent with In re Kahn, the Board cannot establish a prima facie case of obviousness because it failed to adequately articulate its reasoning. Thus, the burden does not shift to the applicant to show that achieving a cloud point above 70ºC would have been obvious to a person of ordinary skill in the art.

When arguing nonobviousness, applicants should consider presenting evidence that establish the nexus between the failure of prior art and the lack of claimed elements. This decision provides basis for applicants to argue that disregarding these evidence is a legal error.

The result of this decision is a remand back to the Board for further proceedings. This application was filed in 2009 and after two office actions, a notice of appeal was filed in 2012. The Board acted four year later before the appeal to the Federal Circuit. Until the USPTO takes substantive action to address this backlog, applicants should be cautioned that seeking redress through appeal remains a lengthy procedure. 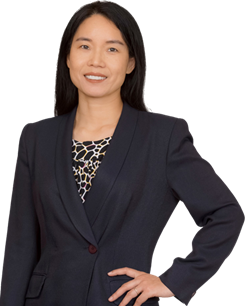