The U.S. International Trade Commission is weighing the recommendation of an Administrative Law Judge that GPS gear-maker Garmin be fined $37 million for violating previous Commission orders. The Commission had found in 2015 that Garmin infringed two of competitor Navico’s patents related to fish-scanning sonar technology, and issued exclusion and cease-and-desist orders against Garmin’s imports. In September 2016, Navico initiated an enforcement action, claiming Garmin was continuing to import and sell the infringing products, in violation of the Commission’s orders. In March of this year, ITC Administrative Law Judge David P. Shaw held a bench trial, and on May 25th issued his order recommending the $37 million fine. In determining the amount of the fine, Judge Shaw noted that he found bad faith in Garmin’s continued infringement and importation. Garmin has filed a petition seeking Commission review of Judge Shaw’s recommended fine, and the Commission is expected to make its final determination in August.

The ITC has broad authority to enforce its orders against imports found to infringe patents, trademarks, or to otherwise constitute unfair trade. Enforcement can be accomplished informally through the ITC’s Office of Unfair Import Investigations, or formally by an enforcement proceeding such as the one initiated here by Navico. Available remedies include modification or revocation of a remedial order, seizure or forfeiture of articles imported in violation of an order, or in cases such as this one, a fine.

While it is increasingly well-known that the ITC is a fast and effective venue to block IP-infringing goods from entering the United States, this case provides an excellent reminder that the Commission also has the power to enforce its orders and levy significant civil penalties. This case is also notable for the fact that a foreign patentee—Navico hails from Norway—was awarded relief against an American infringer—Garmin is Kansas-based and supplied from Taiwan. Any patentee is eligible for Commission relief so long as it can show a sufficient economic footprint in the U.S. related to products protected by an asserted patent—here Navico’s U.S. operations in Oklahoma met this “domestic industry” requirement. Complaints to the ITC surged 30% in 2016 due to these and other advantages of this unique forum for enforcing U.S. intellectual property rights across the global economy. 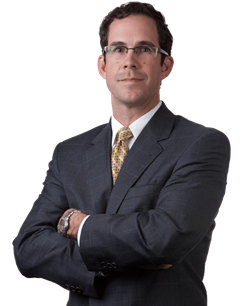