On May 22, Department of Labor (DOL) Secretary Alexander Acosta announced that, despite President Trump’s memorandum ordering further analysis of the fiduciary investment advice rule (Fiduciary Rule), there was no legal justification for a further delay of the rule’s applicability date.1 Accordingly, the Fiduciary Rule will become applicable on June 9, causing registered investment advisers, broker dealers, and certain other service providers to retirement plans and IRAs to become subject to the standards of conduct required of ERISA fiduciaries and the prohibited transaction rules of ERISA and the Internal Revenue Code (Code) with respect to investment advice provided to 401(k), pension, or other plans subject to Title I of ERISA (ERISA Plans) and their participants, as well as IRA owners. However, the DOL has also provided a transition period, running from June 9, 2017 through December 31, 2017, during which the DOL will implement certain policies (discussed below) that will make compliance with the Fiduciary Rule considerably easier.

This alert provides a high level summary intended to help ERISA Plans and service providers to ERISA Plans and/or IRAs better understand some of the Fiduciary Rule’s compliance requirements, as well as those of the Best Interest Contract (BIC) Exemption, an exemption that is expected to be relied upon by many financial advisers.2 The BIC Exemption requirements become partially effective June 9 and fully effective on January 1, 2018. This alert discusses the BIC Exemption requirements and when they apply to financial advisers below. As discussed below, it is possible that changes are made to the BIC Exemption prior to the end of the transition period, but until any changes are actually made, service providers, who may need to rely on the BIC Exemption, should work toward full compliance by January 1, 2018.

A “financial institution” is any of the following:

The BIC Exemption’s requirements vary depending on the type of compensation the BIC Adviser receives. BIC Advisers receiving a level fee for their advice (e.g., only a flat fee or assets under management fee) will have to comply only with scaled back requirements to satisfy the exemption. The scaled back compliance requirements for level fee fiduciaries are informally known as “BIC Light.” BIC Advisers who receive variable fees based on their advice, such as from commissions (including sales loads and Rule 12b-1 payments) or transaction costs, would have to comply with the more onerous conditions of the full BIC Exemption.

Given the complexity of satisfying the requirements of both the BIC Exemption and BIC Light, the DOL made concessions to those falling within the Fiduciary Rule’s coverage. First, the DOL has stated that BIC Advisers will not fail to fall within the exemption if, acting with reasonable diligence and compliance efforts, certain errors occur as long as the errors are remedied within certain parameters provided by the DOL.

Transition Period of June 9 to December 31

During the transition period, BIC Advisers (both fiduciaries eligible for the BIC Light and the full BIC Exemption) will only have to comply with the impartial conduct standards to receive relief from the prohibited transaction rules under either the BIC Exemption or BIC Light.

BIC Advisers are not required to change their compensation systems to avoid compensation that could result in conflicts of interest during the transition period as long as the advice provided meets the impartial conduct standards.

The DOL also notes in a set of Frequently Asked Questions that during the transition period BIC Advisers will have the “flexibility to choose precisely how to safeguard compliance with the impartial conduct standards.”4 Additionally, the DOL noted that BIC Advisers do not have to have policies and procedures ensuring compliance with the impartial conduct standards in place on June 9, but rather may use the transition period to develop policies and procedures to implement by January 1, 2018.

Further, on May 22, the DOL issued a temporary enforcement policy (FAB 2017-02) announcing that until January 1, 2018, it will not take any enforcement action against “fiduciaries who are working diligently and in good faith to comply with the fiduciary duty rule and exemptions.”5 Note, however, that this enforcement policy applies only to the DOL and would not prevent private rights of action by retirement investors on the basis of the Fiduciary Rule and a service provider’s compliance with the BIC Exemption’s transition rules.

Although DOL Secretary Acosta believes the DOL cannot delay the effective date of the Fiduciary Rule any longer, he has made clear that the DOL will continue its evaluation of the Fiduciary Rule’s economic impact, as directed by President Trump’s memorandum. Secretary Acosta has stated that the results of the DOL’s evaluation may lead it to consider changes to the rule as it is slated to take effect on January 1, 2018 and may even lead the DOL to extend the transition period beyond the end of the year. Further, as noted below, SEC Chairman Jay Clayton recently issued an announcement seeking comment on the Fiduciary Rule. Some speculate SEC action would bolster the argument to delay the implementation of the Fiduciary Rule and the full BIC Exemption requirements — i.e., the Fiduciary Rule and the BIC Exemption should not be implemented until the DOL and SEC can align their regulatory schemes. At this time, however, the SEC has not taken formal action.

Despite the uncertainty as to the form the Fiduciary Rule will take on January 1, 2018, a general overview of the basic requirements of BIC Light and the BIC Exemption as they are currently scheduled to go into effect as follows.

BIC Exemption - Level-fee Exemption (BIC Light). If the BIC Adviser receives only a level fee from the transaction seeking a BIC Exemption, the BIC Adviser should be able to comply with BIC Light. For example, an investment adviser, who receives no compensation with respect to an IRA account other than a fee fixed as a percentage of plan assets under management, would be able to comply with the BIC Exemption by satisfying only the BIC Light requirements. However, BIC Advisers that charge different fees for different strategies (e.g., equity vs. fixed income) or that offer proprietary products (e.g., mutual funds or private funds managed by the BIC Adviser or its affiliate) will likely face additional challenges if they seek to qualify as a level-fee adviser.

The BIC Light Exemption requires the BIC Adviser to do each of the following:

BIC Adviser contracts complying with the full BIC Exemption will need to contain provisions that do each of the following:

Notification to DOL. BIC Advisers must notify the DOL (by email at e-BICE@dol.gov) of their intention to rely on the full BIC Exemption. The notice will remain in effect until the BIC Adviser revokes the notice in writing.

Recordkeeping Requirements. BIC Advisers must maintain records demonstrating their compliance with the BIC Exemption for a particular transaction in a form reasonably accessible for examination by customers and DOL and IRS officials for six (6) years following the transaction.

Proprietary Products. BIC Advisers that offer their clients proprietary products, such as mutual funds or private funds (e.g., hedge funds) that are also advised by the BIC Adviser, will likely need to take additional steps to comply with the Fiduciary Rule in connection with offering such products. These considerations will vary based on the facts and circumstances of each particular offering. For example, BIC Advisers offering proprietary mutual funds will likely need to comply with long standing Prohibited Transaction Exemption (PTE) 77-4, which has been recently amended to require compliance with the impartial conduct standards in addition to its previously existing conditions, such as waiving duplicative advisory fees and not charging commissions (i.e., sales loads). BIC Advisers that sponsor private funds cannot rely on PTE 77-4 and will likely have to rely on the BIC Exemption, which will present challenges, especially for IRA investors, since unlike ERISA Plans, IRA investors do not typically engage an expert fiduciary upon which the BIC Adviser may rely to qualify for certain exemptions. As a result, many registered investment advisers may choose not to offer private funds to their clients until clearer guidance from the DOL is available in this regard.

One of the controversial aspects of the Fiduciary Rule is that it bootstraps the DOL’s authority for interpretation of the prohibited transaction rules under a 1978 Executive Order that extends its regulatory authority covering service providers to IRAs, such as investment advisers and broker-dealers, who have traditionally been subject to regulation by the SEC. While critics have considered this an overreach, the SEC until recently had declined to become involved with the Fiduciary Rule.

On June 1, 2017, SEC Chairman Jay Clayton issued a public statement on the Fiduciary Rule signaling that the SEC intends to “engage constructively” with the DOL in analyzing the appropriate standards of conduct for investment advisers and broker-dealers who provide advice to retail investors. The DOL has also suggested that further changes to the Fiduciary Rule and/or related exemptions are possible before the transition period ends and the rule becomes fully effective on January 1, 2018, and is expected to issue another request for comments on the Fiduciary Rule shortly.

However, because the Fiduciary Rule was issued as a final regulation, any changes would have to go through the regulatory notice and comment process. Service providers to ERISA Plans and IRAs should be mindful that this process can make it difficult to make significant changes. Accordingly, service providers intending to rely on the BIC Exemption should be preparing for full compliance by January 1, 2018.

1Alexander Acosta, Deregulators Must Follow the Law, So Regulators Will Too, WALL ST. J., May 22, 2017, https://www.wsj.com/articles/deregulators-must-follow-the-law-so-regulators-will-too-1495494029.
2This prohibited transaction exemption will exempt compliant financial advisers from penalties and ERISA fiduciary standards of conduct should the Fiduciary Rule bring the financial advisers within its scope.
3Because a service provider is a “party in interest” with respect to an ERISA Plan and a “disqualified person” with respect to an IRA, an exemption to the prohibited transaction rules is necessary in order for the services to be provided to ERISA Plan or IRA, as applicable.
4 See Conflict of Interest FAQs; available at https://www.dol.gov/sites/default/files/ebsa/about-ebsa/our-activities/resource-center/faqs/coi-transition-period.pdf.
5 See FAB 2017-02; available at https://www.dol.gov/agencies/ebsa/employers-and-advisers/guidance/field-assistance-bulletins/2017-02. 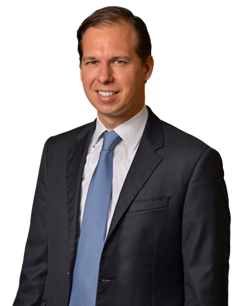 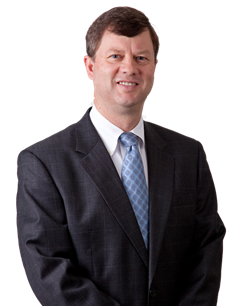