Professional baseball was in a crisis, at least through the eyes of the major market teams. It all started with a rather unremarkable second baseman, Aliceandro, who played for the San Jose Programmers. During the last season, he’d flown past Ted Williams' highest season batting average of .400, hitting a whopping .632.

How was this possible?

Aliceandro had developed a new swing. Most commentators didn’t consider it a real swing, just some sort of slapdash attempt at punching the ball to a vacant spot of grass. No, it wasn’t a bunt, but something in between a bunt and a fully loaded swing. Aliceandro had discovered that the major reason for not hitting the ball was the limited reaction time required for batters to pick up the ball from the pitcher’s hand, determine whether it will enter the strike zone and then swing the bat, hoping to make contact before the ball flew past. By merely punching at the ball with a half swing, he gained valuable fractions of seconds, giving him enough time to react to the pitch and then direct the ball into the field of play. Yes, he hadn’t hit a home run all season, but more often than not, he was able to find his way on base.

Soon, other players began to copy Aliceandro’s swing, not the heavy hitters from the big market teams, but players who were generally overlooked by the media who wanted a place in the sun.

And fans flocked to these games.

But the purists, including commentators and the old-time players, cried foul. This “not-even-a-swing” was ruining the game. Players either had to take a full crack at the ball, or attempt a recognized bunt. But this half-swing stuff had to go. So they took their case to the one person who could make it go away — Commissioner Thomas. He was the supreme law on baseball.

Commissioner Thomas agreed: Baseball was ruled by precedent, more than a hundred years’ worth. Batting averages were only valid if someone took a real swing. As he saw it, the only solution was to ban the swing.

The problem was how to do it. He needed a name for this swing, and a test for umpires to determine when this illegal swing was performed. And if it was, the batter would be automatically called out.

“I’ve rendered a decision,” he told the press on the day of the announcement. “I’ve decided to ban all ‘abstract’ swings.”

A reporter’s hand immediately shot up. “Pardon me, but what is an abstract swing?”

A slight smile crept on Thomas’ face. “You all know what it is. It’s not a real swing. It’s all these crappy swings you see going on.”

Half the reporters smirked. "Then what is it? How can batters know if they have an abstract swing?”

A few reporters shook their heads, trying to grasp this new rule. How were players to know whether their swing was banned, and how were umpires supposed to recognize an abstract swing in order to call them out?

“This has nothing to do with anticipation or obviousness,” the commissioner shot back. “The problem isn’t calling strikes or balls — the issue is that we have abstract swings going on here. It has to do with abstractions. But I knew some smart aleck was going to ask this question, so I’ve come up with a test. It’s an easy way for both players and umpires to determine an illegal swing.”

He held up his index finger.

“First, we determine whether the swing itself is abstract.”

The reporters feverishly scribbled down a note.

A reporter shook his head and paused his pen. “Say that again?”

“You all know what a real swing is. Look to see if the ball leaves the bat like a regular hit.”

The commissioner was met with a sea of blank stares. Finally, the silence was broken.

“What about if the swing results in a home run? Is that swing still abstract?”

“Not necessarily. It can still be an abstract swing, even if the player hits a home run.”

“That’s crazy,” the reporter mumbled under his breath.

“And can the player appeal a call?” asked another.

“Certainly. We can send a video replay to a panel of three judges who will be working remotely. They’ll have the ability to make up the criteria on which they decide their appeals as they go — just to make sure the hitters get a fair shake. And, it should only take a few hours for them to render their decision.” That was an answer that ended all the questions.

With no one to curb his power, the new abstract swing was banned. Aliceandro’s batting average plummeted below 0.200 and fans funneled out of the Programmers' ballpark. Even worse, players with legitimate swings were being called out when umpires felt their swing was abstract. Fans begged to go let players swing how they would. All that mattered was whether the umpire called a strike or ball. Even the owners in the big-city markets wanted the test rescinded. But it was all to no avail.

Who was to save baseball? The only chance was for Congressionals to step in and overrule the commissioner. They were the only ones who could let all batters swing. Would they do it?

Why don’t we go back to determining patentability the old-fashioned way — based on novelty and nonobviousness? Let inventors invent and base patentability on the prior art of balls and strikes, not on whether their ideas are abstract.

Perhaps our new Congress will get the vision and get our inventors back on base and the consumers back in the ballpark. The legislation required to put our inventors in the field of play is quite simple. In Alice, the issue presented before the Supreme Court was: “Whether claims to computer-implemented inventions — including claims to systems and machines, processes and items of manufacture — are directed to patent-eligible subject matter within the meaning of 35 U.S.C. § 101 as interpreted by this Court?”

Currently, 35 U.S.C. § 101 recites: “INVENTIONS PATENTABLE. Whoever invents or discovers any new and useful process, machine, manufacture, or composition of matter, or any new and useful improvement thereof, may obtain a patent therefor, subject to the conditions and requirements of this title.”

Congress should answer this question by passing legislation establishing that the claims to computer-implemented inventions are patentable under 35 U.S.C. § 101 as long as they meet all the requirements of “this title”, including the novelty and obviousness as set forth in Sections 102 and 103. If Congress wants to make any special “exceptions,” such as laws of nature, scientific principles divorced from any tangle structure or mental processes, those should be specifically spelled out. However, “abstract ideas” and any other class that cannot be easily defined should be left off the list. This would greatly reduce the legal haggling now going on in the U.S. Patent and Trademark Office and give inventors a fair shake at getting their ideas patented.

Most patent practitioners agree that Alice should have been decided on prior art grounds. With the KSR decision on obviousness at their disposal, the patent office has no need to determine whether an invention is “abstract.” The patent office and the courts are well equipped to determine whether an idea is new and nonobvious, just as umpires can call a strike or a ball. We don’t need any new rules to dictate when a batter can get on base. Let’s get the PTO and the courts out of the business of determining whether swings are abstract and go back to the old-fashioned way of calling strikes and balls. 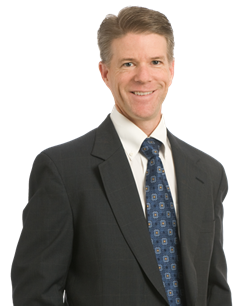