On May 19, 2017, the Federal Circuit addressed and modified a rare grant of a preliminary injunction based on the doctrine of equivalents. In doing so, the Federal Circuit found the district court's DOE analysis flawed, but blamed the “sparse and confusing case law concerning equivalents, particularly the paucity of chemical equivalence case law, and the difficulty of applying the legal concepts to the facts.” The Federal Circuit sought to provide clarity regarding application of DOE to chemical claims because “the law on the doctrine of equivalents as applied to chemical materials is not clear, and its misapplication can lead to unsound results.”

Improved Process based on Silver Oxide

Apicore partnered with a predecessor of Mylan to develop and market a generic version of Lymphazurin®, an injectable solution of isosulfan blue (“ISB”). Apicore ultimately patented purified ISB and an improved process of synthesizing ISB using silver oxide as an oxidizing agent. Mylan’s predecessor filed an ANDA to obtain FDA approval to market a generic Lymphazurin® made using Apicore’s patented method. After approval, Mylan was the sole supplier of generic Lymphazurin® until 2016 when Aurobindo sought approval for a generic Lymphazurin® made using manganese dioxide in place of Apicore’s silver oxide. Patent owner Apicore and exclusive licensee Mylan (collectively “Mylan”) subsequently sued Aurobindo for patent infringement and sought a preliminary injunction. The Eastern District of Texas granted the preliminary injunction, enjoining Aurobindo from making, using, selling, offering to sell, and importing its accused ISB product based in part on a finding that the product “more likely than not” infringes U.S. Patents No. 7,622,992; 8,969,616; and 9,353,050.

The district court’s conclusion that Aurobindo's ISB “more likely than not” infringes the ’992 and ’616 patents was based on finding that manganese dioxide (used by Aurobindo) is an equivalent to silver oxide (used by Mylan). That finding was purportedly based on applying the function-way-result (FWR) test for equivalence.

The Federal Circuit acknowledged the FWR test and the insubstantial differences test as the two frameworks for evaluating equivalence, and that the Supreme Court allowed lower courts the freedom to choose which test to apply. However, as acknowledged previously by the Supreme Court, chemical cases are not always well-suited to consideration under the FWR test. For example, while the “result” may be clear, “the ‘function’ and ‘way’ of a particular limitation of a chemical process claim may remain vague and often overlap. In some cases, ‘way’ and ‘function’ may be synonymous.” As shown by the Federal Circuit’s 2016 opinion in Akzo Nobel Coating v. Dow Chemical Co., failure to satisfy the “way” prong precludes a finding of infringement under the DOE. This is not to suggest that DOE is inapplicable to chemical cases, because the Federal Circuit subsequently found infringement under the doctrine of equivalent in Intendis GmbH v. Glenmark Pharmaceuticals Inc.

Here, the Federal Circuit concluded that the district court correctly found the “function” of both manganese dioxide and silver oxide was to oxidize a precursor to ISB acid, but failed to consider the “way” the two different chemicals accomplished that oxidation. Specifically, the district court truncated its analysis by failing to consider the relative oxidation strengths of the two chemicals, stating that the strengths were “irrelevant” to both equivalence tests. The Federal Circuit noted that “[m]anganese dioxide and silver oxide may have the same function, but the question is whether they operate in the same way.” The Federal Circuit considered the difference in oxidation strengths and the fact that manganese dioxide requires the use of an acid while silver oxide does not, critical to the “way” analysis for the silver oxide element. Because the district court either “did not address the ‘way’ prong of the FWR analysis … or it performed a ‘way’ analysis without considering critical factors under that prong, namely, the relative oxidation strengths of silver oxide and manganese dioxide, as well as the use of an acid in the accused product,” the determination of equivalence could not stand.

“In this case, the district court conducted an incomplete FWR analysis while essentially bypassing the substantial differences test, in a situation where the latter test might seemingly be more appropriate.” The Federal Circuit noted several differences between manganese dioxide and silver oxide that “may well be relevant to equivalence,” and suggested that the choice of equivalence test may matter in this case.

Because it found the district court's equivalence analysis deficient, and perceived a substantial question in the record concerning infringement of the ’992 and ’616 patents, the Federal Circuit modified the preliminary injunction to be premised on only the ’050 patent. The Federal Circuit further instructed that in a full trial on the merits, the district court should provide further analysis regarding the FWR test (if that test is used) but should also consider whether an evaluation of equivalence under the substantial differences test may be better suited to the particular facts of the case.

As this case continues to show that establishing a factual finding under “way” prong continues to be challenging for FWR test. However, the FWR is not the only test and chemical cases may be better suited to the insubstantial differences test. 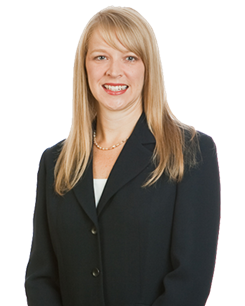 Clarity on Doctrine of Equivalents Analysis for Chemical Claims