Insights: Alerts You May Need To Rethink Your Approach To Patents In Deals

In retrospect, the patent community should have been ready for a decision like the U.S. Supreme Court’s decision in Alice Corp. v. CLS Bank International,[1] but based on the yearly increases[2] in patent applications designated as business methods in Class 705[3] leading up to the decision, this was not the case. And so the Alice decision caused at least temporary tumult and despair in the patent community. However, in spite of this significant shift in the law, transactions involving patent assets (both patent and/or patent applications) potentially affected by this decision continued uninterrupted. In many instances, these transactions and the evaluation of patent assets included in those transactions continued as if the Alice decision had never occurred.

Understanding value lost through transactions requires a shift in thinking in transaction practice from a model in which patent assets and associated intellectual property are static and secure to a model in which patent assets and the associated intellectual property can quickly waste and be lost. This waste and loss arises in a transaction in two key ways: first due to unfamiliarity of the acquiring party with the acquired assets; and second due to loss of inventive talent and knowledge either before or after the transaction.

This relative carelessness with which patent assets are handled even occurs in transactions with a greater emphasis on the patents. In such instances, the patent review can also include a substantive evaluation of the patents in the transaction, but this review is often cursory due to the last minute involvement of patent counsel in the transaction or because of the perceived lack of value of this review. Further, limited communication between the core deal team and the patent counsel can result in only tenuous ties between the substantive evaluation and the business objectives for the transaction. So, even in instances in which a substantive review is performed, this review does not necessarily lead to familiarity with the patent assets because of the limited time for performing the review and the lack of knowledge of the business objectives for the transaction.

Irrespective of the source of the unfamiliarity of the acquiring party with the acquired assets, this unfamiliarity can delay the identification and remediation of problems in the patent assets. Thus, a determination that the acquired portfolio fails to cover current products or the source of perceived value in the transaction can be delayed. Similarly, the identification of issues affecting validity or allowability of the acquired patent assets, such as issues arising from the Alice decision, can be likewise delayed. In many cases, these delays last at least until the first substantive action in one of the acquired patent applications is received, which can be months or years after the transaction closes.

Due to the continued expansion of prior art and the publication of acquired patent assets, such delays can procedurally and practically limit the ability of the acquirer to address problems in the patent assets. Thus, an acquiring company may be left with a portfolio of filings that cannot be updated and that have significant questions of validity or allowability, or that do not cover products or the source of perceived value in the transaction.

In contrast to the procedural limits arising from the delay in addressing problems, the loss of inventive talent substantively limits the acquirer’s ability to remedy deficiencies in the acquired patent assets. As key inventors and founders frequently leave acquired entities around the time of the acquisition both their knowledge of the current inventive application of technology to products and their forwardlooking knowledge for further development of the technology or products is lost. At the very least, the departure of such individuals is a lost opportunity to secure a competitive advantage as patent applications containing that lost knowledge cannot be filed. But in some instances, these departing human capital can create a competitive disadvantage if they begin working as actual and potential competitors. Thus, failing to capitalize on inventor knowledge and innovation before their departure can significantly harm an acquirer’s ability to capitalize on their acquisition.

Both of these sources of waste and loss can be mitigated through the diversification of deal teams and through an increased focus on patent (and other IP) issues over the course of the deal. Specifically, a core deal team should be expanded to include a role filled by a person who is day-to-day involved with substantive patent matters, and ideally a person who is day-to-day involved with patent prosecution. This person should provide a substantive analysis of the patent assets associated with the transaction to determine correlation between the value of the transaction and the patent assets. Additionally, this person should begin to identify and prioritize patent issues for post transaction remediation, and develop a strategy for post-transaction remediation of the identified patent issues. These strategies for post-transaction remediation should be implemented as soon as necessary after the completion of the
transaction.

Subsequent to an acquisition, the risk of waste and loss of the acquired assets shifts to the acquiring entity. While a mere review of chain-of-title may circumvent the most embarrassing risks associated with an acquisition of patent assets, such chain-of-title review does nothing to shield against the risk of divergent scope of coverage between patent assets and products or sources of transaction value or black swan depreciation of patent assets, let alone shield against risk associated with loss of talent subsequent to the transaction. While these risks are significant, they can be easily minimized by the early inclusion of patent counsel on the deal team and through strategic idea harvesting with inventors. 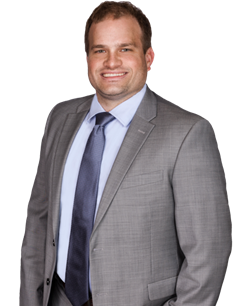 You May Need To Rethink Your Approach To Patents In Deals

You May Need To Rethink Your Approach To Patents In Deals