June 2, 2016
Written by John Jett and Marc A. Lieberstein

Maryland law requires franchisors include a provision in their franchise agreements that preserves the franchisee’s ability to litigate certain claims in court rather than in arbitration. In Chorley Enterprises, Inc. v. Dickey’s Barbecue Restaurants, Inc., the Fourth Circuit Court of Appeals evaluated how to interpret this provision when the agreement also included a general arbitration clause. 807 F.3d 553, 558 (4th Cir. 2015), cert. denied, No. 15-719, 2016 WL 1551261 (U.S. Apr. 18, 2016). The Fourth Circuit held the multi-claim dispute between a franchisor and its franchisees had to be broken up, allowing some claims to be litigated in court while others proceeded through arbitration. According to the Fourth Circuit, the Federal Arbitration Act does not preempt private actors’ voluntary decision to agree to litigate certain claims. The Fourth Circuit rejected the franchisor’s argument that it did not voluntarily include the challenged provision because it was required to do so under state law. If franchisors take issue with including the provision, the court suggested they either refrain from doing business in the state or challenge the state’s rule via a declaratory judgment action.

Two of the franchise agreement’s forum selection provisions were at issue in the case. In the first (“the Arbitration Clause”), the parties agreed to arbitrate all claims arising out of the agreement with the American Arbitration Association. The second provision (“the Maryland Clause”) created an exception to the Arbitration Clause for any claims arising out of the Maryland Franchise Law; these claims could be brought in any competent court in Maryland.

The district court found both parties’ interpretations plausible and ordered a jury trial on the meaning of the franchise agreement. Dickey’s appealed.

After concluding it had jurisdiction to hear the appeal and decide the issue as a matter of law, the court considered the proper forum for each party’s claims.

The Fourth Circuit held Dickey’s breach of contract claims arose out of the Franchise Agreement, rather than out of the Maryland Franchise Law. Because the Maryland Clause was only triggered by claims arising out of the Maryland Franchise Law, the Arbitration Clause applied to Dickey’s claims. The franchisees argued this would require them to waive their right to bring Maryland Franchise Law claims in court because they would be forced to raise them as an affirmative defense in arbitration, and the court could give preclusive effect to the arbitrator’s decision on those claims. The Fourth Circuit rejected this argument, citing the plain language of the agreement. The Fourth Circuit concluded the Federal Arbitration Act requires this type of piecemeal litigation, despite its potential for conflicting results. According to the court, the parties could have avoided potentially conflicting results and preclusion questions by simply agreeing on a single forum for all claims.

As for the franchisees’ Maryland Franchise Law claims, the Fourth Circuit found the Maryland Clause trumped the Arbitration clause. Dickey’s made two arguments, each of which was rejected by the court.

First, Dickey’s cited three cases purporting that the words “lawsuit,” “sue,” and “court” in the Maryland Clause did not negate its arbitration clause, but merely preserved the franchisee’s right to pursue a Maryland Franchise Law claim generally, in either court or arbitration. However, the court determined none of the cited cases addressed language “even remotely similar to the Maryland Clause.” Id. at 567.

Second, Dickey’s argued the Maryland Clause should be preempted by the Federal Arbitration Act. In rejecting this argument, the Fourth Circuit reasoned the Federal Arbitration Act prevents states from carving out exceptions to arbitration via state law, but it does not prevent private parties from voluntarily agreeing to litigate specific claims. Dickey’s claimed it did not voluntarily include the Maryland Clause in the agreement, but rather Maryland law and the Maryland Commissioner of Securities forced it to do so. The court disagreed, stating that rather than including the provision, Dickey’s could have declined to do business in Maryland or filed a declaratory action challenging the state’s position.

Before Justice Scalia passed away, the Supreme Court conferenced on the case twice. Following his death, the Court denied certiorari. Dickey's Barbecue Rests., Inc. v. Chorley Enters., Inc., No. 15-719, 2016 WL 1551261, at *1 (U.S. Apr. 18, 2016). However, the issue of whether the Federal Arbitration Act preempts state laws like Maryland’s may be addressed by the Court after Justice Scalia’s seat is filled and the possibility of a 4-4 tie is eliminated. Establishing a stronger record of the state insisting on the arbitration waiver may bolster the argument for federal preemption of the state law under AT&T Mobility LLC v. Concepcion, 563 U.S. 333 (2011) (holding that the Discover Banks test adopted by California to invalidate certain arbitration agreements with class action waivers was preempted by the Federal Arbitration Act, with Justice Scalia writing the majority opinion in the 5-4 decision).

*Special thank you to summer associate Caitlin Amick for her substantial contributions in preparing this legal alert. 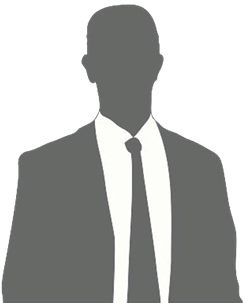 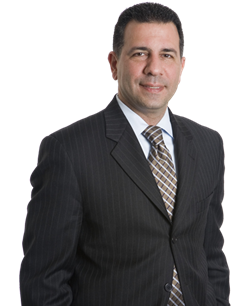