It is neither quick nor easy for a nation to leave the European Union (EU), and there is little precedent for it, especially for a nation such as the United Kingdom (UK), one of the major economic and political leaders within the Union. Greenland is the only nation that has previously left, and that was in very different and far less consequential circumstances. Although the exit process appears to be straightforward — Article 50 of the Lisbon Treaty allows that any member state may withdraw and that the EU treaty shall cease to apply to that state two years after it has given notice of its intention to leave unless the European Council unanimously decides to extend the two year period — the reality is much more complex and less certain.

Although Britain has now voted to leave the EU (the "Brexit" vote), the consequences of that vote are less clear and obvious than it would appear. The United Kingdom of Great Britain and Northern Ireland is a complex structure of nations, principalities, and provinces (but even that broad definition is subject to much debate), and they have not all voted the same way on Brexit. Furthermore, the vote of the people does not bind the British government, although it is most unlikely that the government would go against it. And the two year exit period referred to in Article 50 has not yet started, so there is plenty of time for Britain and its government to change its mind and/or for there to be a further referendum where the vote is reversed.

Although it is not clear when Article 50 will be invoked by the UK, and accordingly when the two-year negotiation period will start, it is generally thought that it will not be until the fall of 2016 when Prime Minister David Cameron stands down and the new prime minister is announced (which is a Conservative party nomination and not subject to a general election, although it is possible that a general election will be held given the circumstances). On that basis, the UK will be bound by EU legislation for the next two years, so nothing is going to happen — if anything is going to happen — until late 2018.

Nevertheless, Britain has voted to leave the EU, so we have to assume that in approximately two years' time, Britain will no longer be a part of the EU. What should IP rights holders be doing now in anticipation of the change?

Trademarks. If the UK does not remain within the EU trademark system, then the UK would need to introduce new UK legislation in respect of the current EU rights for trademarks in order to enable EU trademark to be divided so that the rights owner would have new equivalent rights in the UK stemming from the same EU priority date. That would leave the EU rights separate and covering the rest of the EU.

For now, there is nothing that needs to be done. The consequences of the Brexit vote for trademark owners will come — if they come at all — in two years' time and that will be the time to take action. We will produce updates on this issue over the next two years as and when there are significant developments.

Designs. If it leaves the EU, the UK will no longer be part of the Community Designs system which provides for both registered and unregistered EU design rights. There are a number of design issues that would need to be addressed, both from the UK perspective and the EU perspective, but for now, owners do not need to do anything but keep an eye on the developing legislation in the UK and the EU. We will produce updates on this issue as and when there are significant developments.

Copyright. Copyright is still dealt with as a national right in each EU Member State, so the current UK copyright regime will stay the same for at least the next two years. We will produce updates on any copyright issues as and when there are significant developments.

The Unified Patent Court (UPC) has not yet come into effect, and it is unclear what will happen to the division of the court intended to be located in London. However, since the system is only available for member states of the EU, it is likely that the legislation setting up the UPC would need to be amended to deal with the problem of the court being in a non-EU country. Brexit could therefore present a significant problem (politically at least) and could delay implementation of the UPC by several years.

Trade Secrets. The law in the UK is largely compliant with the current EU standards and accordingly is up-to-date and unlikely to require any modification post-Brexit.

Is there anything a rights owner should do now?
No. Continue to file EUTMs and Community Registered Designs as before. The only change that might be appropriate is if the portfolio contains EUTMs that are more than five years old and are only used in the UK In such circumstances, it might be worth considering filing new UK national applications in order to avoid any future non-use cancellation issues.

Conclusion
If the UK does indeed leave the EU, there will be consequences for IP rights holders down the road. However, the next two years will identify exactly what those consequences are likely to be, and we will be in a position to advise you on what steps you should take to alleviate them. For now, however, there is little to be done as the Brexit vote does not of itself create any immediate consequences for IP rights holders. The important thing is to follow developments in the UK and EU and to take steps as and when needed. We will send out advisories and provide recommendations when such steps become necessary. 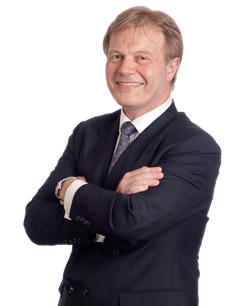