The issue of consent is a critical issue in cases alleging violations of the Telephone Consumer Protection Act (“TCPA”).

The TCPA prohibits making any call using any “automatic telephone dialing system” to “any telephone number assigned to a . . . cellular telephone service. . . .,” unless the call recipient has provided prior express consent. 47 U.S.C. 227(b)(1)(A). The term “call” under the TCPA has been interpreted to include text messages. E.g., Fed. Communications Comm’n, TCPA Omnibus Declaratory Ruling & Order p. 56 (July 2015). Thus, the TCPA prohibits sending text messages to cellular telephones using an automatic telephone dialing system unless the recipient of the message has provided prior express consent. This prohibition is important because the TCPA is a strict liability statute, with statutory damages up to $1,500 per violation. Each year, thousands of TCPA cases are filed in the United States, many seeking class action treatment and seeking class-wide damages in the hundreds of millions of dollars.

The question of how a person can provide the required TCPA consent has been addressed in a variety of circumstances, both in case law and in rulings issued by the Federal Communications Commission (“FCC”). In a recent TCPA decision, a district court in Illinois considered the effect of a company’s terms and conditions in the analysis of whether a person has provided consent. In that case, Johnson v. Yahoo!, Inc., No. 14 CV 2028, 14 CV 2753, 2016 WL 25711 (N.D. Ill. Jan. 4, 2016), the plaintiffs brought a class action against Yahoo! for sending unsolicited text messages to their mobile phones in alleged violation of the TCPA. In its January 4, 2016 order, the district court granted in part and denied in part the plaintiffs’ motion to certify their proposed class and subclasses.

The named plaintiffs/class representatives had each received two text messages from Yahoo! The first was a personalized message sent to plaintiffs by a non-party; the second was Yahoo!’s explanation for why the plaintiffs received the first. Id. at *1. The plaintiffs alleged that the second message in particular violated the TCPA. Id. The court considered the effect of Yahoo!’s terms of services in evaluating whether the putative class representatives satisfied Rule 23(a)’s typicality requirement. Specifically, Yahoo! argued that both could not serve as a class representative because each had consented to receiving messages from Yahoo! under its Universal Terms of Service (“uTOS”). Id. at *3-4. The uTOS contained a provision stating:

Yahoo! may provide you with notices, including those regarding changes to the [Terms of Service], including by but not limited to email, regular mail, SMS, MMS, text message, postings on the Service, or other reasonable means now known or hereinafter developed.

The plaintiffs argued that this provision could not provide TCPA consent, because it did not specifically state that a consumer consented to receiving text messages using an automatic telephone dialing system. The district court rejected that argument, relying on case law and FCC declaratory rulings “holding that a person can give express consent simply by providing her cell phone to another,” which “does not also include communicating permissible or impermissible modes of communication . . . .” Id. The court continued that the text of paragraph 24 of the uTOS “is plain, and it is broad enough to have had the effect of consenting to receive the Welcome Message at issue in this case.” Id. As such, the court held that as to one of the two plaintiffs, Yahoo! “did not violate the TCPA when it sent her the Welcome Message.” Id.

The Johnson case appears to be the first decision to consider in any detail whether consent can take the form of a consumer’s agreement to terms and conditions for using a company’s services. It heralds an important recognition by a federal court that “prior express consent” to receiving calls and text messages can be manifest in the recipient’s agreement to a consent provision in a more broad contractual document. The takeaway from Johnson is that a company that uses or might use automated calling or texting as part of its business should consider crafting its contracts to include an express consent provision that clearly discloses the possibility of such communications and requires the signee’s consent to receiving the same. In fact, although the Johnson court found the language of the uTOS to be sufficient, a company can even more clearly shield itself under the Johnson rationale by creating a consent provision for its terms and conditions that expressly states that a person agreeing to those terms consents to receiving calls (including texts) made by an automatic telephone dialing system and sent to a cellular telephone. 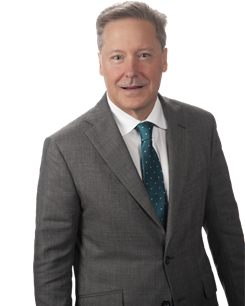 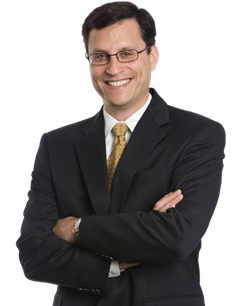