Insights: Alerts Publications Must Be Accessible to Persons of Ordinary Skill

October 5, 2016
Written by John C. Alemanni and Andrew W. Rinehart
On Wednesday, September 7, the Patent Trial and Appeal Board found that U.S. Patent Nos. 7,670,358 and 7,776,072 were not obvious, in part because certain cited prior art was not “disseminated or otherwise made available to…persons interested and ordinarily skilled in the art exercising reasonable diligence.” Medtronic, Inc. v. Mark A. Barry, IPR2015-00780, -00783. The two prior art references were (1) a set of PowerPoint slides in paper form and (2) a video of a surgical demonstration stored on a compact disc. The Board found that Medtronic failed to demonstrate that the slides and video were disseminated or made available to persons of ordinary skill in a manner that would qualify the slides and video as “printed publications” under 35 U.S.C. § 311(b).

In the inter partes reviews, Medtronic asserted as a ground of invalidity a combination of four references—the slides and video referenced above, as well as a textbook chapter and a published patent application. Patent owner Dr. Mark Barry contended that the slides and video were not “printed publications” as required by § 311(b) because the video was not “printed” and neither the slides nor the video were sufficiently available to persons of ordinary skill in the art to be considered a “publication.”

According to Medtronic and its declarants, the slides and video were included in a binder that was distributed to approximately 20 interested surgeons with no restriction on redistribution at a conference in Colorado Springs in 2003. However, on cross-examination, Medtronic’s declarant stated that the surgeons invited to attend the conference where the slides and video were distributed were “experts within the field,” voted upon by an executive board for admission, and required to fulfill membership guidelines including approval from their hospitals, research and data collection, and sharing of manuscripts.

The Board first concluded that the video was “printed” because it was found in the indicia stored on the disc. However, the Board then determined that neither the slides nor the video were “publications” because there was no evidence to establish that they were distributed to a person of ordinary skill in the art. Instead, the Board noted that the surgeons who attended the conference and received the video and slides were experts. Thus, the evidence presented was insufficient to demonstrate how the video and slides would be available to persons of ordinary skill. Further, the Board found that the evidence was insufficient to establish that interested and ordinarily skilled persons could have located the video and slides after exercising reasonable diligence.

Challenges to the public accessibility of references in inter partes review proceedings are relatively infrequent. In these proceedings, where the publication of the video and slides was not immediately apparent, evidence of distribution to a select group of experts was insufficient to demonstrate accessibility to persons of ordinary skill in the art. 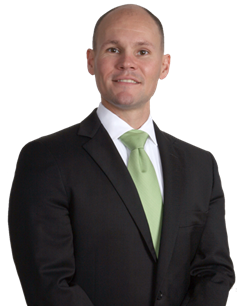 Publications Must Be Accessible to Persons of Ordinary Skill