September 9, 2015
Written by Julie A. Lierly
Overruling a “landmark” decision that had placed California at odds with several other jurisdictions and contravened its own statutory law, the California Supreme Court in Fluor Corporation v. Superior Court of Orange County, 2015 WL 4938295 (Aug. 20, 2015), ruled that a liability insurance policy’s anti-assignment clause is not enforceable with regard to a claim arising from loss, injury, or damage that, at the time of the assignment, already has occurred. In its prior decision in Henkel Corp. v. Hartford Accident & Indemnity Co., 290 Cal. 4th 934 (2003), the California Supreme Court had held that an insured’s assignment of its rights under a policy, without the insurer’s consent, would be effective only if the claim had been reduced to a sum of money due under the policy, e.g., a settlement or judgment. Henkel, 29 Cal. App. 4th at 944. In reaching that conclusion, however, the Henkel court did not consider the applicability of an 1872 statute, California Insurance Code Section 520, which expressly renders void any agreement not to assign, post-loss, an insured’s claim against an insurer under the policy. In Fluor, the California Supreme Court determined that Section 520 controlled, ruling that insurer consent was not necessary to assign a right of insurance coverage under a third-party liability policy for a loss that already has occurred.

Hartford filed an action for declaratory relief regarding the new Fluor Corporation’s right to insurance coverage under the policies. The trial court denied Fluor Corporation’s motion for summary judgment, reasoning that the California Supreme Court’s 2003 decision in Henkel was decisive and that it was “duty-bound to apply Henkel, not [section] 520” of the Insurance Code. The Court of Appeals upheld the decision of the trial court, determining that Henkel controlled and that Section 520 applied only to first-party policies, not third-party liability policies. The California Supreme Court disagreed.

The anti-assignment clause in the original Fluor Corporation’s policy was identical to the one in Henkel, barring “[a]ssignment of interest under this policy” absent the insurer’s consent. In Henkel, the California Supreme Court rejected Henkel’s argument that the right to invoke coverage “under an occurrence-based liability policy … can be assigned without consent once the event giving rise to liability has occurred.” Henkel, 29 Cal. App. 4th at 944. Relying on the general rule that an anti-assignment provision does not preclude the assignment of money due under the insurance contract, the Court in Henkel created a new bright-line rule. See id. Specifically, it held that a claim for insurance coverage may be assigned notwithstanding an anti-assignment clause only if there is a fixed sum of money due or to become due. Id.

Disagreeing with the trial and lower appellate court and its prior decision in Henkel, the California Supreme Court in Fluor acknowledged that an anti-assignment clause would not apply to a loss that had already occurred, regardless of whether the loss had been reduced to a fixed sum. The court primarily relied on the language of Section 520 (which was not previously considered in Henkel): “An agreement not to transfer the claim of the insured against the insurer after the loss has happened, is void if made before the loss except as otherwise provided ….” The key interpretation issue rested on the phrase “after a loss has happened.” The Court examined the legislative history and noted that the sole published opinion citing Section 520 addressed the provision in the context of first-party insurance only (Gillis v. Sun Ins. Office, Ltd., 238 Cal. App. 2d 408, 415 (1965)), and did not consider the meaning of “loss” as used in the statute. Focusing on the liability insurance context, the Court found that an insured’s right to indemnity accrues at the time of injury or damage, not the time that the insured has incurred an actual monetary loss through a judgment or settlement. Moreover, the Court endorsed the reasoning of decisions issued by courts in other jurisdictions (and California cases preceding Henkel) finding that an insured may assign its post-loss insurance rights. Consistent with other case law on this issue, the Court concluded that the phrase “after a loss has happened” should be interpreted as a loss sustained by a third party that is covered by the insured’s policy, and for which the insured may be liable.

The California Supreme Court’s holding in Fluor conforms to the mandate of Section 520 and aligns California with the majority of jurisdictions ruling that an insurer’s consent is not required for a post-loss assignment of insurance coverage. This decision is an important victory for policyholders, which can rest assured that the insurance coverage in place at the time a loss occurs will continue to provide protection against future claims and liability arising from such loss. This is true even if the insurance coverage is assigned, post-loss, to another entity without insurer consent, which happens frequently in the context of mergers, acquisitions, and other corporate transactions. 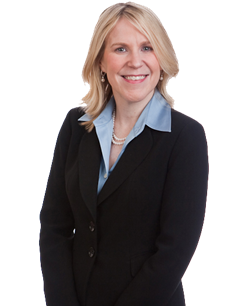