On June 9, 2015, a divided panel of the Sixth Circuit Court of Appeals held that the National Labor Relations Board has jurisdiction to enforce the National Labor Relations Act (NLRA) against an Indian tribe even when the Act is in conflict with tribal employment laws or ordinances. NLRB v. Little River Band of Ottawa Indians Tribal Gov’t., Case 14-2239 (6th Cir. June 9, 2015). Based on its legal ruling, the Court granted the NLRB’s application for enforcement of a cease and desist order preventing the Little River Band of Ottawa Indians from enforcing provisions of the Band’s duly enacted Fair Employment Practices Code that the NLRB determined were in conflict with the NLRA.

In 2005, the Little River Band of Ottawa Indians’ Tribal Council enacted a Fair Employment Practices Code (FEPC) that regulated, inter alia, labor organizing and collective bargaining for tribal employees. The NLRB determined that various aspects of the FEPC conflicted with the NLRA and issued a cease and desist order directing the Band to cease enforcement of those provisions. The Band challenged the order, alleging that the NLRB lacked jurisdiction to enforce the NLRA against the Band.

In holding that the NLRB has jurisdiction to enforce the NLRA against a federally recognized Indian tribe, the panel majority applied its interpretation of the framework adopted by the Ninth Circuit in Donovan v. Couer d’Alene Tribal Farm, 751 F.2d 1113, 1116 (9th Cir. 1985). The majority held that (1) the NLRA is a statute of general applicability that creates a comprehensive regulatory scheme; (2) such statutes presumptively apply to tribes; and (3) a tribe cannot “avoid the presumptive application of a comprehensive federal regulatory scheme by enacting an ordinance regulating the activities of non-members that directly conflicts with the federal statute.” Little River Slip op. at 12, 16. The majority rejected the Band’s arguments that the Indian canons of construction and/or IGRA’s policy statement militate against application of the NLRA to tribal casino operations, and it concluded that application of the NLRA to tribes does not impermissibly infringe on tribal self-governance rights because the provisions of the Band’s FEPC at issue “do not regulate purely internal matters; rather, they principally regulate the labor-organizing activities of Band employees, and specifically of casino employees, most of whom are not Band members.” Id. at 19. In so holding, the panel expressly rejected the reasoning of the Tenth Circuit in NLRB v. Pueblo of San Juan, 276 F.3d 1186 (10th Cir. 2002) (en banc).

Judge McKeague authored a strong dissent criticizing the panel majority’s “judicial remaking of the law that is authorized neither by Congress nor the Supreme Court” and declaring that the “majority’s decision impinges on tribal sovereignty, encroaches on Congress’s plenary and exclusive authority over Indian affairs, conflicts with Supreme Court precedent, and unwisely creates a circuit split.” Little River Slip op. at 25 (McKeague, J., dissenting). In Justice McKeague’s view, the NLRB’s assertion of jurisdiction over Indian casino employees “is plainly beyond its authority” and constitutes a “usurpation of Congress’s authority.” Id. at 37. 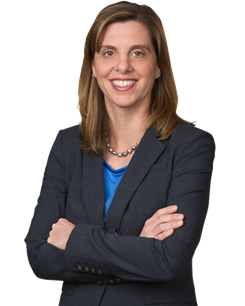 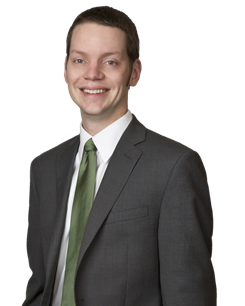