In IPR proceedings, the issue of the identity of the real party in interest is frequently raised by the patent owner. This is understandable for a variety of reasons, with the strong estoppel provisions of IPR practice being one. However, the question of the real party in interest with respect to the patent owner has not been one frequently raised in IPR proceedings.[1] However, PTAB has recently taken up the issue sua sponte and issued an order potentially expunging a Preliminary Response filed by an exclusive licensee.

Bio-Rad Laboratories filed two IPR petitions identifying the California Institute of Technology as Patent Owner. (IPR2015-00009 and IPR2015-00010). Within 21 days of service of the petitions, the exclusive licensee of the challenged patents (U.S. Patent Nos. 7,294,503 and 8,252,539), Fluidigm Corporation, filed mandatory notices under 37 C.F.R. § 42.8 identifying itself as the Real Party in Interest under § 42.8(b)(1). In support, Fluidigm stated that had an exclusive license to the challenged patents, including the enforcement rights as well as the right to sublicense. PTAB mailed the Notice of Filing Date on October 27, 2014 and provided Patent Owner three months from the date of the notice to file its Preliminary Response. The notice was sent to the attorneys of record identified by Fluidigm in its mandatory notice under 37 C.F.R. §42.8. Fluidigm then timely filed the Patent Owner’s Preliminary Response to the petitions on January 27, 2015.

On March 6, 2015, PTAB sua sponte issued an Order to Show Cause in which it ordered the expungement of the Preliminary Responses filed by Fluidigm in both cases if Fluidigm could not show cause as to why it should be entitled to file a Preliminary Response. In the order, PTAB stated that the “question of who is the real party in interest” with respect to a licensed patent was to be addressed in the context of standing. To determine whether the agreement has conveyed “all of the substantial rights in a patent” and given the licensee standing, an inquiry must be made into the intention of the parties and the substance of what was granted. In the Order to Show Cause, PTAB cited to the same case law provided by Fluidigm in support of its statement that it was the real party in interest. However, PTAB held that Fluidigm had not presented any evidence to support that it was, in fact, an “exclusive licensee with all substantial rights” to the challenged patents, “including the right under § 313 to file the Preliminary Response, or otherwise participate, in these proceedings.”

Given that the issue of standing for the Patent Owner does not frequently arise in IPR proceedings, it is unclear what evidence PTAB is seeking from Fluidigm to support its claim as the Real Party in Interest. In at least one other instance, the Board found that an exclusive licensee had standing to participate in the IPR proceedings once the parties established that the licensee had “all substantial rights” to the patent and had standing to sue in the related litigation without the required joinder of the Patent Owner.[2] However, in this case, there is no related litigation matter pending by which Fluidigm could purportedly establish its right as the exclusive licensee with all substantial rights to the challenged patents.

License agreements frequently contain provisions related to the exclusive licensee’s right to control the prosecution of the licensed patents, control the enforcement of any of the licensed patents against accused infringers, and may also contain provisions related to the defense of any claims of invalidity related to the licensed patents. As the number of IPR challenges to patents not involved in litigation continues to increase, Patent Owners, and particularly those that routinely exclusively license their patents, may consider including specific provisions within the license agreements to address participation in IPR proceedings as well. While it is not yet clear whether provisions of this type would satisfy the Board’s inquiry, they may provide critical support to the inquiry into the “intention of the parties” with respect to the patent rights.

[1] The issue of the real party in interest with respect to the patent owner has been addressed at least one other time by PTAB. See Motorola Mobility LLC v. Michael Arnouse, IPR2013-00010. 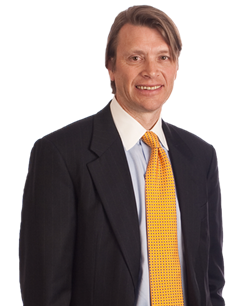