February 26, 2015
Written by Peter M. Boyle and Christina E. Fahmy
On February 25, 2015, the United States Supreme Court issued a 6-3 opinion in North Carolina State Bd of Dental Examiners v. FTC, which held that a state agency controlled by active market participants must be actively supervised by the state to qualify for antitrust immunity under the state action doctrine. This marks the second time in recent years that the Supreme Court examined, refined, and limited the state action doctrine in connection with a Federal Trade Commission (“FTC”) enforcement action. The FTC has stated its intention to try to limit and cut back on the protects afforded by the state action doctrine. The agency’s victories before the Supreme Court in some measure have helped the FTC achieve its stated goal.

The Supreme Court first recognized the state action defense in Parker v. Brown, 317 U.S. 341 (1943). The defense rests on the notion that states are sovereign and therefore legitimate state action should neither be subjected to antitrust scrutiny nor held to violate the antitrust laws. Almost four decades later, in the early to mid-1980s, the Supreme Court refined the state action doctrine with regard to its application to actions undertaken by private parties and non-sovereign government entities. In the Midcal case, in 1980, the Court announced that the state action protection would extend to private parties only if the challenged conduct was (1) undertaken pursuant to a clearly articulated and firmly expressed state policy and (2) actively supervised by the state. Just five years later, the High Court’s decision in the Town of Hallie case extended in part the Midcal test to those circumstances in which a municipality sought to invoke the state action defense. Under Town of Hallie, a municipality has to show any alleged anticompetitive conduct was undertaken pursuant to a clearly articulated state policy, but the municipality need not show active supervision by the state to qualify for the immunity. Lower courts later extended Town of Hallie to other non-sovereign, sub-state actors.

Against this background, the FTC sued the North Carolina Board of Dental Examiners (the “Board”) in 2010 for restraining trade for teeth whitening services. The State of North Carolina, well over a century ago, created the Board through legislation, which provides that six of the eight seats on the Board shall be filled by practicing dentists. The FTC claimed that the Board violated the antitrust laws by taking steps to prohibit lower-priced, non-dentists from offering teeth whitening services in competition against dentists. In response, the Board asserted a state action defense, arguing that the Board was a sovereign state body and thus immune from the antitrust laws and, at the very least, qualified for state action immunity without any need for active supervision by the state. The FTC countered that the Board cannot be considered a sovereign state body and cannot even qualify for the Town of Hallie’s abbreviated state action standard because the Board is controlled by active market participants and not genuine state actors.

In a majority decision written by Justice Kennedy, the Supreme Court agreed with the FTC’s position. The Court stated: “When a State empowers a group of active market participants to decide who can participate in its market and on what terms, the need for supervision is manifest . . . The Court holds today that a state board on which a controlling number of decisionmakers are active market participants in the occupation the board regulates must satisfy Midcal’s active supervision requirement in order to invoke state-action antitrust immunity.” The majority ruled this way despite the fact that no doubt existed that the Board is a state agency.

The Board never claimed or tried to show that the State actively supervised the Board’s activities. The Court’s opinion therefore did not have an opportunity to examine and discuss how to apply Midcal’s active supervision prong to a sub-state agency comprised of active market participants. Still, the Court provide general guidance on applying the active supervision prong. The majority opinion notes that active supervision is “flexible and context-dependent.” In addition, “[t]he supervision must review the substance of the anticompetitive decision” and not merely the process used to reach that decision. And whatever state actors supervises the conduct must have authority to veto or modify the challenged conduct to ensure the conduct is consistent with state policy. But the supervising state actor cannot itself be an active market participant.

Judge Alito issued a dissenting opinion in which Justice Scalia and Thomas joined. The dissent criticized the majority for injecting public interest considerations into the analysis and taking what should be a very straightforward issue and making it unduly complicated. State action immunity in this context, according to the dissent, should depend on one and only one question – is the Board a state agency? If so, state action immunity should apply without any further inquiry under the dissent’s view. Justice Alito criticized the majority for straying from a relatively straightforward path and, in the process, heading into a morass. 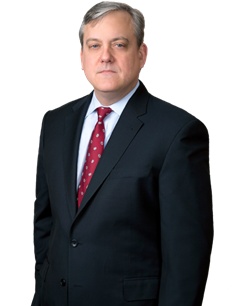 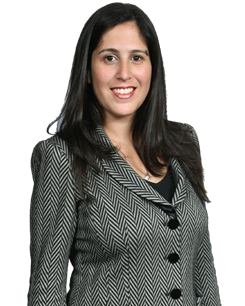