On February 12, 2015, the PTAB issued its decision (paper 28) on rehearing in Target Corp v. Destination Maternity Corp., IPR2014-00508. In the decision for which rehearing was sought (paper 18, September 25, 2014), a majority of an expanded board of five judges held that 35 U.S.C. § 315(c) permitted joinder only of petitions filed by parties different from the original petitioner and not of follow on petition(s) by the same petitioner that raised additional issues. Two of the judges dissented from this decision.

On rehearing by a further expanded panel of seven judges, the PTAB has reversed the September 25 decision, and now holds, as a matter of both statutory interpretation and the policies that led to the enactment of IPRs, that 35 U.S.C. § 315(c) does permit joinder of subsequent petitions by the same party. Again, however, three judges (the same three judges who formed the majority in the September 25 decision) dissented, on substantially similar reasoning as their original opinion.

This new decision does not decide the original issue, of whether an additional claim, challenged by the follow-on petition but not the original petition, should be joined. The majority did note that, since the additional claim (22) raised very similar issues as the remaining challenged claims, joinder might be the correct result. (Paper 28, p. 13.) The majority was also careful to reaffirm the Board’s discretion to deny joinder where substantial additional issues are presented in the follow-on petition. (Paper 28, p. 15-16.)

It seem unlikely that the issue has been put to bed. The five judges on the panel that produced the September 25 decision remained on the further expanded panel and maintained their prior positions. The further expansion added two additional judges to form the majority of four. 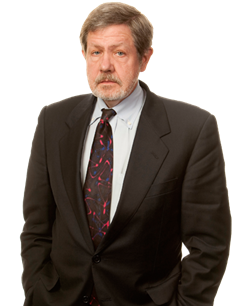